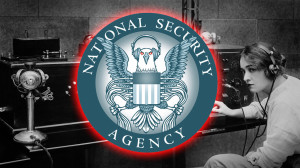 Privacy and digital rights groups have dug in for a longer fight against massive surveillance programmes at the US National Security Agency, even after the House of Representatives voted last week against an amendment to curtail the agency’s data collection.

The House last Wednesday narrowly defeated an amendment to a defence spending bill that would have prohibited the NSA from the bulk collection of phone records from US carriers and cut off funding for the phone records collection program as currently designed, but digital rights groups have said the close vote gives them hope of weakening support for the NSA programs in Congress.

Lawmakers have introduced several bills to curb the NSA data collection, and privacy advocates may push for another amendment to a bill on the House or Senate floor, said David Segal, executive director at Demand Progress, a digital rights group.

The vote last Wednesday “demonstrated that a majority of rank-and-file members agree with us, while the institutionalists – leadership, committee chairs – disagree,” he said by email. “So it could be difficult to move things through the committee process … but there’ll be some relevant floor votes in coming months.”

Wednesday’s vote was “unnervingly close,” Sina Khanifar, a digital rights activist and organiser of DefundTheNSA.com, added in an email. “While we lost the vote, the fact that over 200 representatives were in support of the amendment, despite lobbying by the NSA and strong opposition from the White House, sends a really strong message.”

DefundTheNSA.com asks opponents of the NSA surveillance to continue to contact their lawmakers. “This isn’t over yet,” the site said. “The tide is turning against domestic surveillance.”

Members of Congress aren’t tabling the issue, either. The Senate Judiciary Committee will conduct a hearing Wednesday focused on how to strengthen privacy rights and provide more oversight of the NSA programmes.

Senator Patrick Leahy, a Vermont Democrat and chairman of the Judiciary Committee, is lead sponsor of a bill that would set a higher standard for the NSA to collect domestic information and would make public more information about surveillance programmes.

Testifying at the hearing will be representatives of the NSA, the Federal Bureau of Investigation, as well as surveillance critic the American Civil Liberties Union and Judge James Carr, who formerly served on the US Foreign Intelligence Surveillance Court. Carr has proposed changes to the court’s processes that would allow judges there to appoint lawyers to oppose surveillance requests.

Several other lawmakers have also introduced bills that would limit the NSA’s ability to collect data.

Representative Rush Holt, a New Jersey Democrat, introduced a bill last week that would release the Patriot Act and the FISA Amendments Act, two laws that give the NSA authority to conduct antiterrorism surveillance.

On June 19, Representative Sheila Jackson Lee, a Texas Democrat, introduced the FISA Court in the Sunshine Act, which would require US officials to disclose most orders of the surveillance court that include “significant legal interpretation” of surveillance laws.

And on June 7, Senator Rand Paul, a Kentucky Republican, introduced the Fourth Amendment Restoration Act, which says that the US Constitution shall not be “construed to allow any agency of the United States government to search the phone records of Americans without a warrant based on probable cause.”