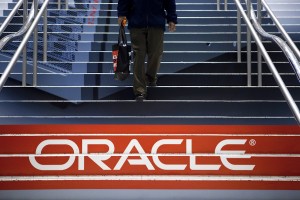 Oracle said yesterday it has inked a deal to buy software-defined networking vendor Xsigo Systems, in a move that will support Oracle’s ongoing foray into cloud computing. Terms of the acquisition, which is expected to close within a few months, were not disclosed.

The announcement comes a week after VMWare said it would buy Xsigo competitor Nicira for US$1.26 billion.

Software-defined networking has become one of the hottest topics in the networking industry of late.

Xsigo’s technology can create virtualised pools of networking capacity, allowing resources to be delivered dynamically according to computing needs, and used much more efficiently, according to its website.

Its customers include Verizon, Softbank and British Telecom.

Xsigo’s tools will be combined with Oracle’s Oracle VM server virtualisation technology, according to a statement.

This year, Oracle began moving aggressively into cloud computing with a public cloud service that will deliver on-demand business applications as well as a Java PaaS (platform as a service) and cloud database.

Oracle’s approach to cloud computing relies heavily on virtualisation. While the Xsigo acquisition seems focused on increasing performance and cost savings within Oracle’s data centres, the vendor is also seeking to use virtualisation as a point of differentiation.

For example, Oracle CEO Larry Ellison [cq] has criticised the multitenant software architectures used by many cloud vendors, which allow a number of customers to share a single application instance.

On Oracle’s cloud, applications get their own virtual machines, both for more flexibility over upgrades and for additional security, Ellison said during an event earlier this year. “Modern virtual technology is how we offer safety.”