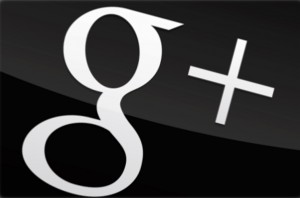 Social network Google+, which turned a year old at the end of June, has seen its user base take a dramatic jump in the past six to seven months, according to comScore, an Internet traffic monitor.

“That’s impressive,” said Zeus Kerravala, an analyst with ZK Research. “I guess there is room for an alternative social networking vendor.”

Google’s social network had more good news earlier this month. The American Customer Satisfaction Index released a survey showing that while Facebook’s user satisfaction rating dropped 8% over the last year, to 61 on a 100-point scale, Google+, making its first appearance in the survey, scored 78.

Kerravala noted that Facebook may be the world’s largest social network with more than 900 million global users, but the site has taken some major hits lately.

First, Facebook’s IPO failed to take off as industry and financial analysts had expected. While the company’s stock opened at $38 a share, it was expected to soar to $50, $60 or even $90 a share. That did not happen. As of 2:30 ET on Monday, Facebook’s stock was trading at $23.30.
Late last week, during Facebook’s first quarterly earnings call , the company reported a loss of $157 million for the quarter ended June 30. However, Facebook also boosted revenue by 32% in its first earnings report, bringing in $1.18 billion and just topping analysts’ expectations.
With mixed financial results and a lower-than-expected IPO, Facebook has lost some its luster, opening the door to competitors, Kerravala said.

“People trying out Google+ certainly create a threat to Facebook,” he added. “There might be a bit of the alternate coolness factor here, too. Where the masses use Facebook, some people wanting an edgy alternate turn to Google+. Who wants to be on a social networking site with your parents and little siblings?”