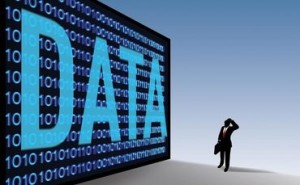 A majority high-level IT managers and data storage professionals have no plans to deploy big data analytics, according to a new data storage survey by market research firm TheInfoPro.

Fifty-six percent of respondents indicated they will not be deploying big data analytics applications even beyond 2013, the survey of 255 IT professionals found. Half of those surveyed were data storage professionals at the analyst level; the other half comprised IT mangers, vice presidents and CIOs.

Survey respondents with no plans to roll out Hadoop or other big data analytics software said doing so requires a specific business case, and in most instances they didn’t see a need for it, according to Marco Coulter, managing director of TheInfoPro’s Cloud Computing Practice.

“For example, IT workers went around to their various business units to ask if anyone would like them to deploy a big data application, such as Hadoop, and they couldn’t find any takers,” Coulter said. “If you can’t find the business case or the application, then it just becomes a technology looking for something to do.”

Coulter said those companies rolling out big data analytics tend to be in the financial services and healthcare arena, where great amounts of data can be boiled down to reveal trends and best practices.

TheInfoPro conducts an annual Technology Heat Index Survey, asking hundreds of IT professionals dozens of questions about their technology plans. The most recent survey was conducted between August 2011 and this past April.

Not surprisingly, survey respondents again chose server virtualisation as the leading driver of capacity growth, and Fibre Channel SANs were the predominant targets of enterprise data storage. Sixty-seven percent of respondents indicated they have between 80% and 100% of production servers connected to a Fibre Channel SAN.

Fibre Channel hard drives, however, took a big hit in the last year, as SAS, solid-state drives (SSDs) and SATA drives for the first time became dominant in enterprise use.

Asked what new disk storage purchases they made in 2011, 48% said Fibre Channel drives, 31% indicated SATA drives, 19% SAS and 2% SSD drives. But, when asked about what drives would make up the greatest capacity growth in their enterprise this year, 41% indicated SAS; 35%, SSD; 23%, SATA; and 11% stated Fibre Channel.

Capacity purchased in 2011 by drive type

The survey found that the number of companies planning to deploy SSD technology leaped from 7% last year to 37% this year.

“It was a very big jump, as was the dip in the number of people who had no plans to use SSDs. That dropped from 42% to 23%,” Coulter said.

Which vendor’s products are being used for solid-state drives in Hybrid arrays?

When asked which vendors are supplying them with solid-state storage for servers, Fusion-io topped the list, followed by IBM, HP, Oracle, Dell and Seagate. EMC was in the ninth spot, behind NetApp.

Solid-state vendors selected as exciting by those surveyed include: Fusion-io, Pure Storage, Nimbus Data, Nimble Storage, Gridiron Systems and Kove. With the exception of Kove, which makes an all-DRAM appliance, the latter companies sell PCIe flash cards and all-flash arrays or appliances.

Fusion-io was the vendor of choice for solid-state in servers, followed by IBM, HP, Oracle and Dell. Seagate was in sixth place.

Matt Wattles, enterprise infrastructure architect for Mitsubishi Power Systems Americas, didn’t participate in TheInfoPro survey. But he said his organisation did install an all-flash array from Nimbus Storage last December in order to address an I/O slowdown in his SAP environment.

Wattles initially tried putting a second set of processors in all of his SAP servers and bumped up the RAM to its maximum capacity, but the problem persisted. He finally narrowed the performance problem down to his terabyte-sized SAP database and loading data from primary storage, which at the time was an EVA array from Hewlett-Packard. The cost of adding SSDs to the EVA was more expensive than purchasing an all-flash array, Wattles said.

The Nimbus array with 2TB of storage capacity cost around $40,000, he said.

The superior performance of the flash storage on the Nimbus array not only eliminated the database bottleneck, it also slashed data backup times from four hours on the EVA to 15 minutes using the new flash array.

“I like the performance so far. There hasn’t been a single glitch,” he said. “I think got the array in one morning and had it up and running that afternoon. That’s how easy it was.”

Wattle’s environment isolated the flash storage to one application: SAP. But those who took TheInfoPro survey see the automated tiering of data, or the ability to migrate data among various drive types in an array, as the hottest storage technology going.

Automated tiering technology, which is being sold by all major vendors, displaced backup data reduction and deduplication in the top spot in “hot technologies” in previous surveys from TheInfoPro.

Additionally, survey respondents indicated that their IT budgets are tightening this year. Last year, 46% indicated their budgets were increasing. This year only 40% said they are looking forward to more money for IT.

IT professionals in midsize enterprises indicated they expected to see the most belt-tightening, with only 36% planning to increase spending, down from 47%.