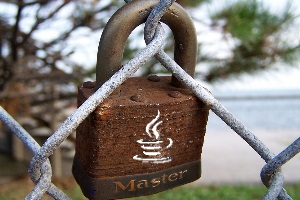 Oracle on Friday released a critical patch update for Java SE, coming through ahead of schedule to stave off an active exploitation affecting the Java Runtime Environment in desktop browsers. Server-side fixes are being offered as well.

Initially scheduled for release on February 19, the February 2013 critical patch update contains fixes for 50 vulnerabilities. Java has been under fire lately for security issues, particularly affecting browsers, and Oracle recently vowed to be more communicative about what it is doing to fix these problems.

“The popularity of the Java Runtime Environment in desktop browsers and the fact that Java in browsers is OS-independent makes Java an attractive target for malicious hackers,” Oracle said in its bulletin on Friday.

Forty-four of the 50 vulnerabilities impact Java in Internet browsers. “In other words, these vulnerabilities can only be exploited on desktops through Java Web Start applications or Java applets,” Oracle said. “In addition, one vulnerability affects the installation process of client deployment of Java (i.e. installation of the Java Runtime Environment on desktops). Note also that this Critical Patch Update includes the fixes that were previously released through Security Alert CVE-2013-0422.”

Additionally, three of the vulnerabilities apply to client and server deployments of Java, in which these can be exploited on desktops through Java Web Start or browser applets or in servers by supplying malicious input to APIs in vulnerable components.

“In some instances, the exploitation scenario of this kind of bugs on servers is very improbable; for example, one of these vulnerabilities can only be exploited against a server in the unlikely scenario that the server was allowed to process image files from an untrusted source,” said Oracle.

Two vulnerabilities fixed in the update only apply to server-side deployment of the Java Secure Socket Extension, but most of the vulnerabilities addressed in the patch update affect Java and JavaFX client deployments, the vendor noted.