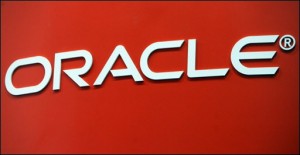 Oracle co-president Mark Hurd is scheduled to reveal new details about the vendor’s BI (business intelligence) and analytics strategy, including new applications aimed at SAP customers, during an event on April 4.

Hurd will be joined by Balaji Yelamanchili, senior vice president of analytics and performance management, according to an announcement on Oracle’s website.

The executives will “unveil the latest advances in Oracle’s strategy for placing analytics into the hands of every one of your decision-makers,” according to the site.

Oracle’s Exalytics machine is set to be a main focus of the event. One session will discuss “integrated analytic applications” for Oracle’s ERP (enterprise resource planning) and CRM (customer relationship management) software lines, as well as “new analytic solutions for SAP customers.”

Further details of these products weren’t immediately available on Friday. It also wasn’t clear whether they will be sold as a package with Exalytics, which competes with SAP’s HANA database.

Both platforms incorporate in-memory processing, which moves data sets into RAM instead of pulling information off traditional disks, providing a significant performance boost.

SAP has begun rolling out a series of specialized analytic applications that run on top of HANA, but also intends to have HANA support transactional workloads such as those generated by SAP’s core Business Suite ERP system. That could cut into Oracle’s core database business, which supports many SAP installations today.

Oracle CEO Larry Ellison mocked SAP’s ambitions for HANA on Oracle’s third-quarter earnings call this week. “I don’t think SAP is equipped to compete with us in the database business. We’ve been working on in-memory technology for a decade. They just brought this out of the lab,” Ellison said.

However, in response SAP noted that Oracle executives spent about 10 minutes of the roughly 45-minute call talking about HANA, a long time for a product it purportedly does not see as a threat.

Also on April 4, Oracle is planning to introduce a product called Endeca Information Discovery, which will allow “casual users to search and explore data from any source–structured and unstructured–to quickly find the answers they need,” according to the site.

That product is based on Oracle’s acquisition in October of search vendor Endeca.

It wasn’t clear from the event announcement whether the Endeca tool has been or will be integrated with Exalytics.

Other sessions will focus on Oracle’s Big Data Appliance and Hyperion EPM (Enterprise Performance Management) software, according to the site.

It remains to be seen how successful Oracle’s new analytics products for SAP shops will be.

“If you include performance management, Hyperion’s strong point, then a lot. But if you talk about [Oracle Business Intelligence Enterprise Edition], some but not a lot,” he said.