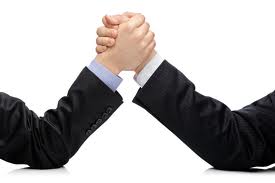 Oracle announced the general availability of Exalytics, the latest in its family of specialised appliances and a direct competitor to SAP’s HANA product.

Both Exalytics and HANA employ in-memory technology, which moves data to be processed into RAM instead of reading it off of disks, providing performance gains. Oracle has brought Exalytics to market fairly quickly, with CEO Larry Ellison first unveiling it at the OpenWorld conference in October.

Yesterday, Oracle also announced an updated version of its Business Intelligence Foundation Suite (OBIEE), which has been optimised for Exalytics, among other new features.

According to Oracle, the Exalytics systems use OBIEE along with a version of the TimesTen in-memory database tuned for analytic workloads, running on a specialised hardware package that includes a Sun Fire server with 1TB of RAM, Intel Xeon E7-4800 chips constituting 40 processor cores, and both 40GB/s Infiniband and 10GB/s Ethernet connectivity. The machines can be chained together for additional power as well as high-availability scenarios.

Exalytics also features an in-memory caching function that on an ongoing basis figures out which bits of information should be kept in-memory, optimising performance. Benchmarking work and customer testing has shown reports and dashboards running up to 100 times faster on Exalytics, according to Oracle.

Oracle revealed pricing for Exalytics last month, suggesting that a general release was imminent. The Exalytics hardware lists for US$135,000, but the various software required to run it drives the full cost much higher. One expert last month said that a fully-loaded Exalytics machine would probably cost about $3 million, after accounting for software license discounts.

SAP has kept pricing for HANA under tight wraps, at least publicly. The systems are sold by a series of hardware partners in a variety of sizes, including an Edge edition for small and medium-sized companies, which was announced earlier this month.

Unlike Exalytics, HANA is being aimed at transactional application workloads, such as SAP’s flagship Business Suite, as well as analytics, but the competition between the products is sure to be fierce, judging by the public war of words between the two companies.

Senior SAP executive Sanjay Poonen posted a critical essay about Exalytics after Ellison’s OpenWorld announcement, claiming it was based on an “out-dated architecture that is overly expensive for what it seeks to achieve.” Last week, an Oracle executive wrote a similarly scathing blog post about HANA. Responding via Twitter message, SAP executive board member and technology chief Vishal Sikka said the post was filled with “straight-out lies and twists.” The Oracle blog post has since been removed.