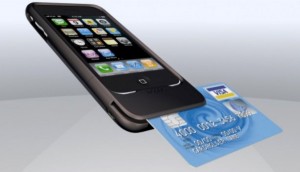 More than two-thirds of technology insiders believe that paying with smartphones will overtake cash and credit card payments by 2020, according to a survey released Tuesday by the Pew Internet and American Life Project and Elon University’s School of Communications.

The survey asked just over 1,000 technology experts and stakeholders to agree or disagree with a statement asserting that “swiping smart phones” would replace most cash and credit purchases. The answer choices alluded to NFC (near field communications) technology, in which a communication between a sensor in the payment terminal and another in the consumer’s smart phone triggers a financial transaction.

Sixty-five percent of the respondents agreed that NFC would be widespread by 2020. More than 10 percent of mobile phone owners have already made payments using their phones, according to ComScore data.

Aaron Smith, the co-author of the study, said that in longer interviews, the participants expressed some nuance when it comes to how long full adoption will take.

But there’s little doubt, according to Chris Silva, an analyst with Altimeter Group, that “NFC is going to play a much more prominent role, a major role in m-commerce,” or mobile commerce.

Google Wallet already employs NFC technology. Isis, a project of several mobile carriers, also relies on the technology. Apple is also rumored to be developing its own mobile wallet app, and some say it will use NFC. At the same time, several startups are pushing mobile payments that bypass NFC.

“The race is sort of on and the field is getting a lot thicker in terms of the number of people who want to get their chunk of the transaction,” said Silva, referring to the cut of each transaction that financial processors take.

Smith noted that a number of respondents thought that established businesses in the financial services industry would resist moving to NFC for fear of losing market share.

“There was a relatively strong notion that it’s something that may not happen really quickly due to the reluctance of incumbents to cede their place in the market,” he said.

Silva agreed that the credit card companies will have a major influence on how and when mobile payments become widespread. He said that, particularly after it was found that Google Wallet could be hacked, it’s not clear that technology companies have “the payment chops to win this space” on their own.

Respondents of the survey also said they expect consumers to experience some reluctance about mobile payments when it comes to privacy and security.

These concerns may slow the adoption of mobile payments, but they won’t stop it, the study concluded.