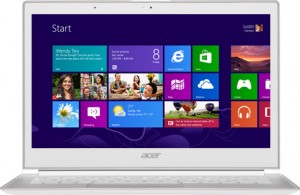 Change is in the air for Microsoft in response to ho-hum sales of Windows 8, and it sounds like PC makers couldn’t be happier.

Citing various PC industry executives in Asia, the Wall Street Journal reports that Microsoft is being more receptive to their concerns, and could lower its licensing costs to compete with cheap tablets.

Microsoft has already hinted at a desktop resurgence in the next version of Windows. An update codenamed Blue, which will make its way into developers’ hands in June, will reportedly include a boot to desktop option, and may even bring back the Start button. (The update will also bring more features and Control Panel functions into the modern UI – formerly known as Metro – making it easier for Windows tablets users to avoid the desktop.)

Executives from Acer had some choice words for Microsoft’s past and current behavior.

“In the past, we consider they (Microsoft) live in heaven,” Acer Chairman J.T. Wang said. “But now they go down to earth and they start to learn how people living on earth think.”

Acer President Jim Wong said that Microsoft has become more “considerate” of PC makers’ suggestions, including the idea that the world is “not going 100 percent to touch” in the next five years.

The Journal also cited Asus CEO Jerry Shen as saying the price gap between Android and Windows 8 tablets could drop from $150 to around $50 this year. That makes sense given earlier rumors of discount licensing for small, touch-based notebooks, and low-cost Bay Trail processors from Intel.

Whether Microsoft’s attitude adjustment will actually save PC makers from their free-fall is still up for debate. Small, cheap Windows 8 tablets are coming, but they’ll need a killer app to compete with devices like Amazon’s Kindle Fire, and Microsoft Office probably won’t cut it when consumption is the main use case. And while PC makers like to blame Microsoft for all their troubles, the pressure’s on them to come up with innovative designs to compete with larger, more expensive tablets like Apple’s iPad.

Lower prices and reception to feedback will certainly help smooth the tension between Microsoft and PC makers. But together they still have a rocky road ahead as more people replace aging laptops with tablets. 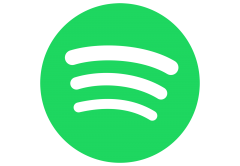