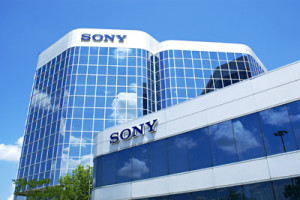 A year earlier, Sony made a profit of around $400 million, its first in many years. Its latest plunge into the red is slightly less deep than it forecast two weeks ago.

The company reported revenue of $80 million for the period, up 14 percent on a year earlier.

Earlier this month, Sony revised downward its forecast net loss for the year to $1.27 billion, blaming costs related to its exit from the PC business as well as impairment charges related to its overseas disc manufacturing. It slashed its operating profit estimate by nearly 70 percent to $255 million.

The PC business contributed $900 million in operating losses. Of that, $570 million was related to Sony’s decision to sell its PC activities.

Sales and operating revenue in the segment were up nearly 30 percent to $16 billion thanks to stronger phone sales and favourable foreign-exchange rates. But the segment still suffered a $740 million operating loss, compared to $960 million a year earlier.

The strong sales that Sony has seen with its hit PlayStation 4 gaming console, launched in November in some markets, were overshadowed by enormous marketing expenses. Sales and operating revenue in the Game segment jumped nearly 40 percent to $9.6 billion, but the segment booked an operating loss of $79 million, down from an operating profit of $17 million a year earlier.

Sony blamed the loss on costs related to the PS4 launch as well as a $60 million write-off of some PC game titles sold by Sony Online Entertainment.

“The PS3 platform declined faster than our expectations,” Sony CFO Kenichiro Yoshida told a news conference in Tokyo, “but for a year where we launched the new platform, I think we got off to a good start.”

The Home Entertainment & Sound segment, which includes TVs, saw losses shrink to $240 million from $820 million a year earlier. TV sales were up nearly 30 percent to $7.2 billion, Sony said, citing an improvement in its LCD TV mix that reflects the launch of high-end models.

In February, Sony announced it would sell its struggling PC business to a Japanese investment firm, Japan Industrial Partners, sounding the death knell for the upmarket Vaio brand.

For the coming year, Sony sees its mobile and game segments posting double-digit growth in sales and operating revenue, but that will be damped by poor results overall.

“Consolidated sales for the fiscal year ending 31st March 2015 are expected to be essentially flat due to an increase in sales in the electronics businesses being offset by an expected decrease in PC sales included in All Other elated to Sony’s withdrawal from the PC business,” the company said.

CEO Kazuo Hirai, who took the helm in 2012, has pledged that games would revive Sony’s fortunes. He also promised to make its long-suffering TV business profitable.