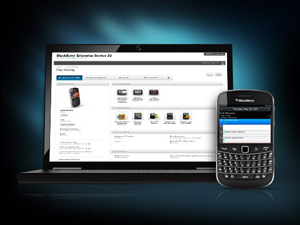 BlackBerry is allowing rivals AirWatch, Citrix, SAP and IBM to directly manage its smartphones with the Blackberry 10 operating system as part of its strategy to open up management of its devices to third parties.

The move by BlackBerry acknowledges a growing trend for customers to turn to third-party vendors to provide mobile device management, particularly as companies have become more liberal about the variety of devices employees can bring to work.

Through its new policy, BlackBerry is ensuring that its devices will continue to figure in enterprises that are running networks managed by third-party MDM applications. The company said it will continue to focus on its Enterprise Mobility Management platform which helps in the deployment and management of work apps and content rather than just provide management control over mobile devices.

“MDM has become table stakes; it is no longer a meaningful point of differentiation,” said John Sims, President, Global Enterprise Services, BlackBerry, on the BlackBerry blog. He added that nothing is more secure “than a BlackBerry device managed by a BlackBerry server, because we secure end-to-end from the device, server and network level.”