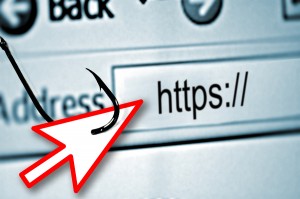 Eight members of a London-based phishing gang that went on a “cheeseburgers and gold” spending binge after robbing a British expat of her £1 million ($1.5 million) life savings have been found guilty of the crime at Southwark Crown Court, United Kingdom.

The unfortunate victim, who now lives in South Africa, responded to a message she believed was from her bank in December 2011, entering her login details on the gang’s phishing site.

One of the guilty parties, Egyptian national Tamer Hassanin Zaky Abdelhamid, sold these details to a second accused, Nigerian Rilwan Adesegun Oshodi, for a reported £3,200.

Armed with these details, Oshodi and his accomplices were able to dupe the woman’s bank into changing her contact details, allowing them to siphon money from the account without the victim being notified.

As is common in phishing attacks, the gang used a small army of mules – who made up a number of those also found guilty in the trial – to receive the sums as a way of beating bank limits on money transfers.

Rubbing it in, the gang then blew much of the stolen £1 million on an extraordinary three-day Christmas shopping trip in which the police said they had bought cheeseburgers, expensive computers and even gold bars.

The gang’s recklessness led to their arrest in March 2012.

“In this case, the Internet was used to allow disparate criminals to collude regardless of global location, time zone or legal framework. The victim of the crime was in South Africa while the suspects were in Egypt and the UK,” said detective superintendent Charlie McMurdie of the Police Central e-Crime Unit (PCeU).

“Today’s sentences are testament to how seriously we take this type of crime and should stand as a deterrent to anyone who might consider phishing or benefitting from phishing,” she added

After raiding Oshodi’s London address, police found records of 11,000 credit cards, 8,471 of which were in the UK; the police believe the gang probably stole a total of £2.5 million during their campaign.

Only Oshodi denied the charges and will along with several accomplices be sentenced in May. Two of those found guilty of acting as mules were sentenced last August before being deported.