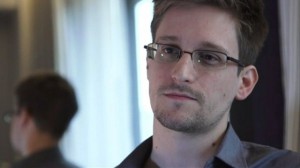 The person responsible for disclosing details on the growth of U.S. government surveillance programmes that exploded into public view last week has identified himself as 29-year-old Edward Snowden, a technology contractor working at the U.S. National Security Agency.

In an article disclosing his identity in the Guardian newspaper, with which he had earlier shared sensitive documents related to both broad government access to Verizon customer data as well as some details of government access to data on users of the Internet services provided by Microsoft, Google, Facebook, Yahoo and others, Snowden said he was motivated by the desire “to inform the public as to that which is done in their name and that which is done against them.”

Snowden, who was working at the NSA as an employee of government contractor Booz Allen Hamilton, told the newspaper that he has fled to Hong Kong and expects to be prosecuted. In a note accompanying the first set of documents he provided to journalists, he had written, “I will be satisfied if the federation of secret law, unequal pardon and irresistible executive powers that rule the world that I love are revealed even for an instant.”

He also told the Guardian that he was willing to sacrifice his well-paying job and comfortable life in Hawaii because “I can’t in good conscience allow the U.S. government to destroy privacy, internet freedom and basic liberties for people around the world with this massive surveillance machine they’re secretly building.”

According to the Guardian, Snowden was originally from North Carolina and joined the U.S. Army in 2003. He later worked in IT security for the Central Intelligence Agency, where he displayed a talent for coding, the newspaper said. He apparently became somewhat disillusioned with the government during that time, and after initially hoping that a new presidential administration headed by Barack Obama would introduce reforms, became “hardened” as practices he objected to were instead advanced.

Snowden maintained that he carefully chose which documents he turned over to journalists to avoid endangering any individuals, and instead sought to disclose what he considered to be in the public interest.

Snowden remains holed up in a hotel room in Hong Kong where he arrived in late May. The Guardian has posted a video interview with him.