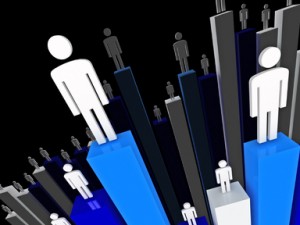 Enterprises are under heavy pressure to change their approach to IT security because of a “nexus of forces” that include big data, social networking, mobile and cloud computing, according to Gartner.

– The adoption of cloud services, especially when end users access them without IT department approval, means traditional security controls such as anti-virus and perimeter firewalls are increasingly ineffective. There’s a need to “shift up the stack” in security, “beyond networks and devices,” Wagner said.

– All packets across the network are suspect. It’s extremely hard to detect compromises and infections in corporate resources, so monitoring should be considered a basic means to detect attacks. Gartner estimates that, by 2020, 75 percent of IT budgets will be set aside for rapid detection and response approaches, up from less than 10 percent in 2012.

– IT security jobs generally fall into security operations (with a technical focus) or security management (with an active involvement in the business side of things). Wagner said the better course to take is to be the business-savvy CISO with creative approaches to security issues. The use of cloud resources are, to some extent, diminishing the enterprise need for technology expertise in terms of programmers, security testers, and database administrators, Wagner said.

– Bring-your-own-device and mobile technologies are here to stay, and are driving new technology segments such as mobile device management, containerisation tools and mobile data protection. “People tried to say ‘no’, and it didn’t work,” Wagner said. Security managers will likely find themselves moving from an “avoid” stance to phases such as accommodating, adopting and eventually, assimilating. Identity management and context-aware security will be key to supporting this.

– Operational technology and management in business are under increasing security threat, and “it’s not just the power utilities or national infrastructure,” said Wagner. It’s all companies with important data-processing.

– Identity and access management may need to be looked at from a new perspective. That’s because the power of social networking has businesses considering strategies that involve customer identity based on social-network identities rather than managing an account for them. The problem with this, of course, is that social networks generally don’t ask for proof of real-world identity, Wagner pointed out. On the other hand, he added, new accounts traditionally only relied on self-assertion. CISOs will need to ask security questions related to use of social networking as a basis for a customer account. “Is it a little creepy that Facebook knows what your customer is doing?” Wagner wondered aloud.

– Rise of the “Security Free State”. This Gartner concept may be a little maverick for many, but it’s being seriously presented as one security approach for the future. Basically, Gartner is saying the CISO can decide to reduce security controls in a bid to eliminate bureaucracy and costs, plus improve company morale, since “let’s face it, they don’t like us,” Wagner said. The Security Free State idea is “people-centric security” in which employees are allowed a privilege such as BYOD access to corporate e-mail in return for say, not keeping sensitive data on the device. There are no specific security controls except a monitoring process that would be set up to make sure the agreement was being maintained. If an employee does something wrong, the IT security division takes action. The idea behind it is “they’re being treated as people who do things right,” Wagner said.