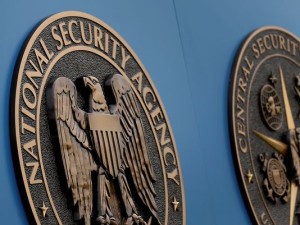 Businesses worldwide need to re-think their use of cloud computing, in light of recent revelations around the Prism and Tempora surveillance programmes, according to independent privacy advocate Caspar Bowden.

Speaking in the UK at a House of Commons debate, chaired by Labour MP Tom Watson, Bowden said that the UK is in an “extremely exposed” position, because of its relationship with the US National Security Agency (NSA).

While Prism and GCHQ’s surveillance programme Tempora focus on consumer-facing cloud services like Facebook, Google and Skype, Bowden believes that there may be other programmes that tap into business cloud services such as Microsoft Azure and Amazon Web Services.

“Why I bang on about cloud computing is because every organisation is now under the cosh to think about migrating their data to the cloud, and overwhelmingly the cloud computing industry is an American industry,” said Bowden.

“The reason is cost, because you can do almost any type of processing in the cloud, and the cost is probably at least 50 percent less than what you paid before, so it seems to be not just a no-brainer but something that you get driven by your organisation to do.

“I think what we’ve learnt in the last three weeks should persuade us to totally re-evaluate that situation.”

Bowden added that there is no technical defence against this kind of surveillance, because the Foreign Intelligence Surveillance Act (FISA) allows US authorities to extract data in plain text from inside the data centre, where it is decrypted for processing.

“The best bet is to keep your cloud data close, keep it local and don’t really let it out to anybody else’s jurisdiction because, once you do, secret laws can get at that data from the inside,” said Bowden.

Former shadow home secretary and MP David Davis added that the UK’s Regulation of Investigatory Powers Act (RIPA) needs to be re-written, in order to provide better protection for consumers and businesses.

In particular, he suggested that anyone who sends their data into a cloud outside of European jurisdiction should get a pop-up on their screen, warning them that their data may be subject to foreign surveillance.

“What Tempora has done in political circles is run up a really big red flag saying, actually, we have to think completely from scratch about all of the oversight arrangements we have.”