Abu Dhabi, UAE, 9 March 2022: When there is a wireless dead spot in a home, office, or mall, the most common solution is replacing or moving the antenna at the base station/ access point, the phone, or the network. Another approach is adding a repeater or a mesh network, which can extend the range, but these require a constant source of power and could even slow-down communications. 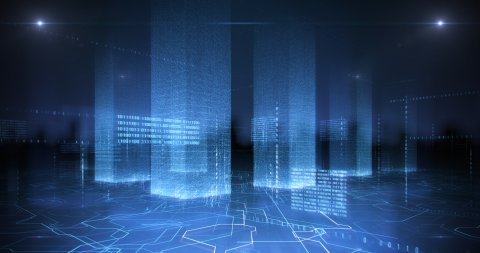 Wireless researchers have recently begun investigating a new kind of device that passively reflects radio waves called a reconfigurable intelligent surface (RIS). Eventually, these could help eliminate dead zones while using less power and offer better performance than wireless repeaters. Researchers have figured out how to set up a few of them in controlled circumstances but have not explored how a fleet of RIS in a larger facility, like a factory or office, could improve wireless communications.

George C. Alexandropoulos, Assistant Professor at National and Kapodistrian University of Athens (University of Athens), who is working on the project, explained, “Beyond 5G, networks face numerous challenges to reach faster data rates, ultra-low end-to-end latency, and massive device connectivity. The RIS technology could help us densify wireless networks in a way that is power and cost-efficient”.

Each RIS is a thin panel, currently about the size of a window, that consists of many tiny and controllable reflectors that can impact radio signals propagation efficiently and at will. Each RIS-based mirror in the ensemble can be individually directed to optimise the reflection for a given environment or signal wavelength (the trend for future 6G networks is in the terahertz bands). It can respond to changes, such as the movement of people, objects, and phones or computers within the space.

One of the main challenges is figuring out how to get a collection of them to work together efficiently.

“They include basic circuitry of ultra-low power for tuning their reflective elements and cannot perform any form of sophisticated processing, like conventional transmitter or receivers”, Prof. Alexandropoulos explained. In some respects, this is like the difference between the programmable ink in a Kindle display that can last for weeks because it only requires power to change a page, compared to an always-on iPad that runs out in a day.

This low power usage means an RIS could be recharged by a small solar cell that converts light into electricity. “The new mirrors enable us to push forward the capacity bounds of wireless channels laid in 1948 by Shannon. They will be at the heart of all new advancements in the wireless communication realm”, Prof. Debbah said.

Some research has focused on how to build them more efficiently. Other research has explored finding better ways to sense and respond to changes in the radio environment. But most of this work focused on each individual device. The TII collaboration developed new mathematical tools to help understand how a collection of RISs could work together more efficiently and what are the ultimate performance bounds they can offer.

One early result was a way to more efficiently calculate the Ergodic Mutual Information to analyse the performance gains of multiple RISs. This is a well-established metric for communication systems, but it was not feasible to calculate for RIS-empowered wireless communications with the existing tools.

Another innovation was a new algorithm for optimising RIS configuration in response to slower-moving summaries of signal characteristics, rather than the real-time strengths of the signal. This means the RIS needs to make fewer adjustments to achieve good results, thus reducing power consumption.

“Up to now, people were considering optimisations that took more time and computational effort while requiring expensive to acquire knowledge for the wireless medium”, Prof. Alexandropoulos said.

The researchers were also able to tease out the best way to optimise signals coming from different directions. Specifically, if there are a lot of reflections in a room, there is less requirement to redirect the reflectors constantly, random configurations of the RISs in each time instant will do the job on average.

The team hopes to inspire further research and collaboration on the best ways to enhance wireless infrastructure using large numbers of passive reflectors. In the meantime, having a better model for RISs lays the foundation for scaling the technology for larger environments and new use cases. “These tools provide the foundation to statistically characterize the achievable data rate with a collection of RIS”, said Prof. Alexandropoulos.