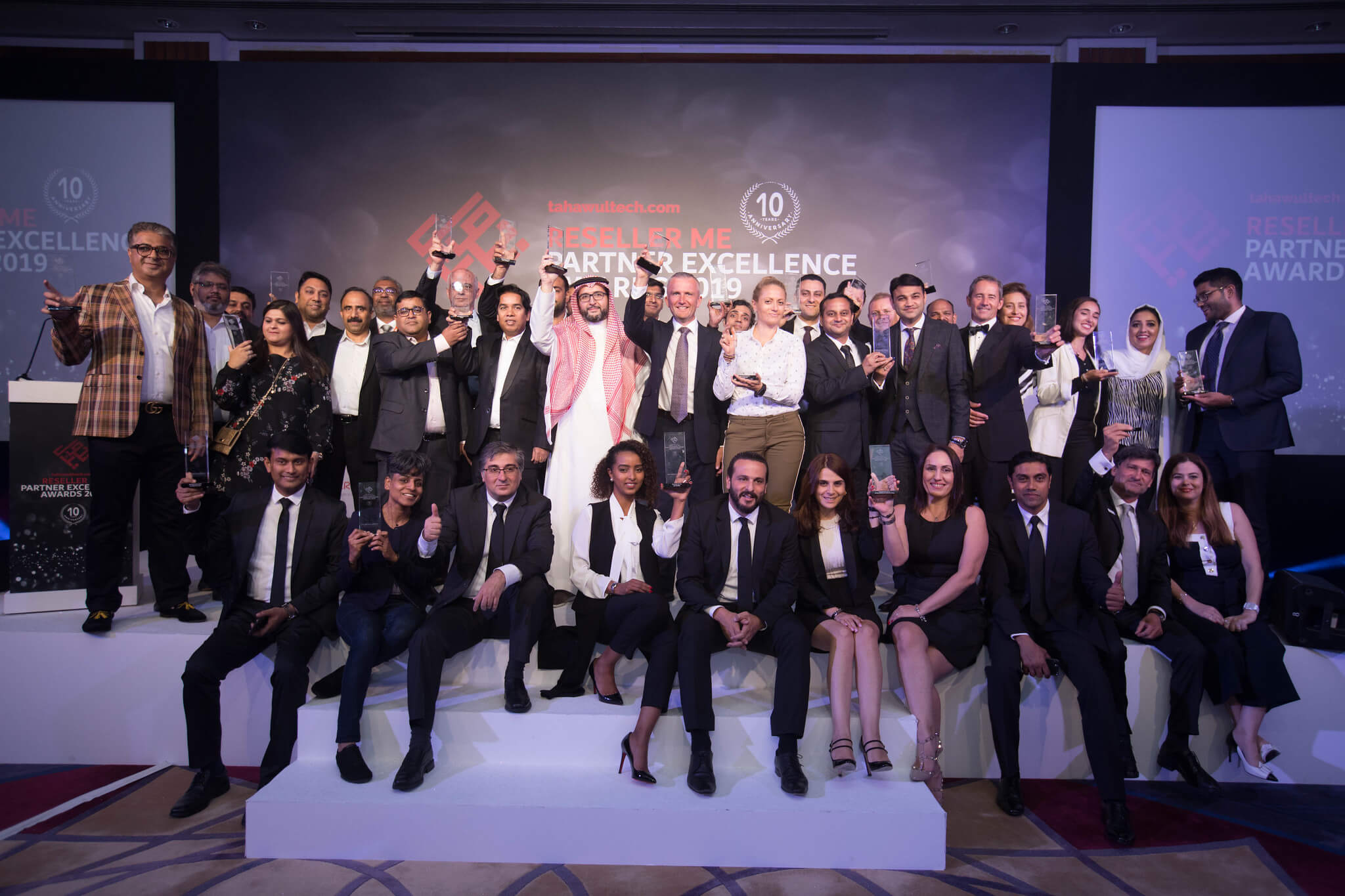 TahawulTech.com and Reseller Middle East hosted the 10th annual Partner Excellence Awards at Jumierah Emirates Towers on 30th April 2019. The event saw over 300 attendees and awarded 30 plus organisations and IT channel leaders for playing a significant role in growing the industry.

At the Black and White-themed awards event, guests revelled in the evening’s celebrations, which included a gala dinner and soulful performance from the Irish singing sensation Gari Deegan.

The 2019 edition of the Partner Excellence Awards received an overwhelming number of nominations spanning across various categories from vendors, distributors and reseller companies.

The evening also saw a number of special awards given away including Readers’ Choice for Vendor and Distributor, which was decided by Reseller Middle East’s esteemed readers via online voting and was won by Hewlett Packard Enterprise and Mindware respectively.

Prizes for Best Dressed were also given away during the course of the evening. Vivian Gevers from Credence Security and Mario Veljovic from VAD Technologies, won exciting prizes, sponsored by D-Link Middle East.

Dell Technologies was the platinum sponsor for the evening with Redington Value as the strategic VAD partner and 2CRSI as the advanced computing partner for the event.

Gold partners included Finesse and Veritas while the Silver partners were D-Link, AGT, Intel and Lenovo. Other event partners were FVC, Barco, Mindware and Screen Check.

During the course of the action-packed evening, attendees also won smartphones for best social media posts from Xiaomi.