Dubai’s Roads and Transport Authority has added a new range of updates to the Smart Drive app, offering smart navigation in the emirate. 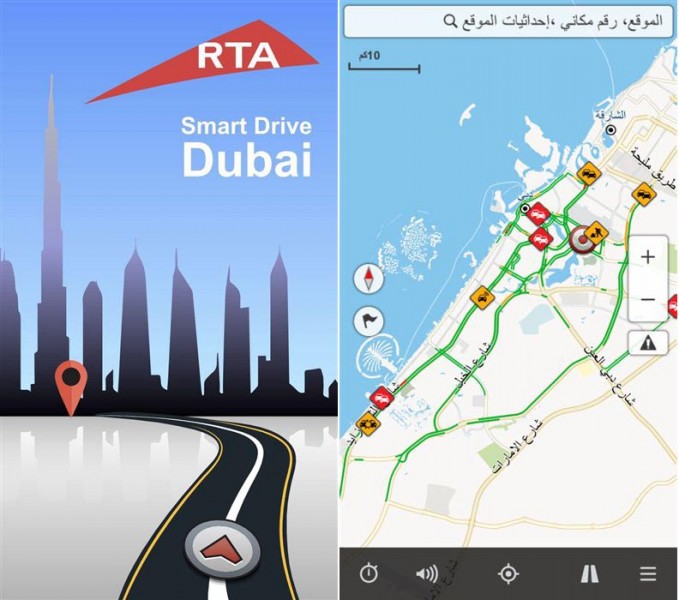 The app uses GPS technology to guide motorists en route to their destination without requiring internet connection on portable devices. It provides accurate instant information about the traffic condition in Dubai thanks to the interface with Makani app of the Dubai Municipality. These updates have been introduced as part of the Smart City initiative of the Dubai Government.

Eng. Maitha bin Adai, CEO of Traffic and Roads Agency, RTA said, “The user interface of Smart Drive app has been revamped where additional search features have been added enabling users to specify their locations more accurately. The process is assisted by new icons giving more details to the roads traffic condition, and the use of Makani addressing system’s code on the application map.”

She added, “Since launched in 2014, the app has been downloaded by three million users. It boasts of several additional features, mainly displaying landmarks more attractively and interactively, updating the UAE map, and displaying the locations of metro and tram stations, bus stations, water transit stations, and parking areas in Dubai. It also alerts motorists about the maximum speed, traffic conditions on Dubai roads in addition to other high-tech features that make motorists journeys in Dubai safe and smooth.”

“These updates of Smart Drive app have been adopted in the context of our endeavors to improve services offered to residents and visitors of Dubai. They also echo the Smart City initiative and contribute to the realisation of RTA’s first strategic goal: Smart Dubai, and its vision of ‘Safe and Smooth Transport for All,” concluded Maitha.