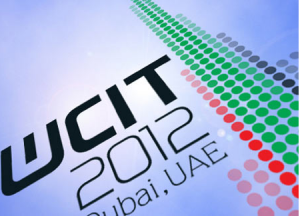 A spokeswoman for the ITU, which has convened the conference, confirmed on Tuesday that the proposal had been withdrawn, but said she did not know its contents as it never became an official document of the conference. Egypt was mentioned as a signatory, but later denied it, she added.

On Friday, representatives of the United Arab Emirates said at a plenary session that they wanted to introduce a new proposal, citing an article of the ITU constitution that allows a world conference to partially, or in exceptional cases, completely revise international telecommunication regulations and deal with any questions of a worldwide character within its competence and related to its agenda. The new proposal was described as a “new compilation of existing text,” with nothing new in it.

The UAE representative also expressed frustration at the lack of any progress on the number of issues that the WCIT was to discuss, according to a transcript of the session.

ITU secretary general Hamadoun Touré said at a press briefing ahead of the conference in Dubai that the conference cannot assign the ITU with regulatory powers.

The UAE delegation said it would submit the new multiregional common proposals on Friday to the chairman and secretary of the WCIT to be published on Monday and discussed at a plenary meeting. Russia backed the move.

The ITU, however, said in a Twitter message on Monday that a new multiregional proposal submitted to the plenary session on Friday had been withdrawn. It did not provide details.

Earlier on Monday, Terry Kramer, head of the U.S. delegation to the WCIT denied news reports that his country had threatened to walk out out of the conference.

WCITLeaks, which has published what it claims to be confidential documents from the WCIT conference, has posted a copy of a Dec. 5 proposal by Russia, China and some other countries, which aimed to bring information and computer technologies under the scope of the ITU regulations, and also provide an equal role to all ITU member states in the management of the Internet.

The numbering and naming system is currently regulated by Internet Corporation for Assigned Names and Numbers (ICANN) under contract with the U.S. government.