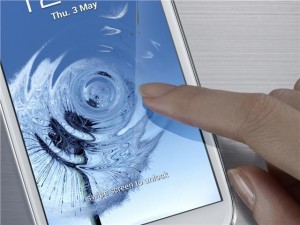 Samsung Galaxy S III’s display is thinner and has a greater range of colours than that of the Apple iPhone 5, an IHS iSuppli teardown analysis revealed Tuesday.

But IHS iSuppli analyst Vinita Jakhanwal noted that the differences between the displays are fairly subtle and likely doesn’t matter to users.

Jakhanwal said Apple chooses features in products like the iPhone 5 that are designed to yield profits and “deliver a superior customer experience, rather than to provide technology for technology’s sake.”

Overall, the iPhone 5 is 1 millimetre thinner than the Galaxy S III, which IHS said was most likely due to a fatter Galaxy S III battery.

The in-cell technology eliminates the standalone touch panel layers used in the iPhone 4S, making the iPhone 5 18% thinner than its predecessor.

The in-cell technology’s elimination of the separate touch overlay layer allows more light to emit from the display without added refraction and glare from added touch layers, IHS said. As a result the iPhone 5’s display provides a “more vibrant and crisper image with improved colour saturation than the iPhone 4S.”

“The lower colour gamut measurement (72% of the NTSC standard compared to the Galaxy S III’s fully meeting the standard) may not necessarily make the iPhone 5 display look worse than the Galaxy S III,” IHS noted.

The iPhone 5 provide more accurate and realistic colours and contrasts as a result of better calibration, higher brightness and superior power efficiency of the display, it said.

Jakhanwal noted that some reviewers of the Galaxy S III have found that its colours look “oversaturated and unrealistic.”

AMOLEDs don’t use a backlight, and potentially have better power efficiency than LCD’s, IHS said.