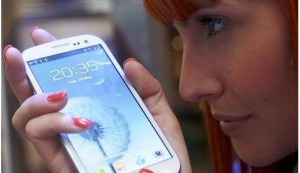 Global smartphone sales went up by 38 percent in the fourth quarter year over year, Gartner reported on Wednesday, with Samsung ending 2012 in the top position for both smartphone sales and overall mobile phone sales.

Apple finished the year second to Samsung in smartphone sales. Together, the two companies raised their combined market share from 46 percent in the third quarter of 2012 to 52 percent in the fourth quarter.

The success of Samsung and Apple is “based on the strength of their brands as much as their actual products,” said Anshul Gupta, Analyst, Gartner. Their direct competitors often have comparable products but “struggle to achieve the same brand appreciation among consumers who, in a tough economic environment, go for cheaper products over brand,” he added.

Apple sold 130 million smartphones globally in 2012, with 43.5 million sold in the fourth quarter, an increase of 22.6 percent over the fourth quarter of 2011. Gartner said the iPad Mini “created a dilemma for some users” when deciding if they wanted to upgrade an iPhone 4 or iPhone 4S to an iPhone 5 or buy the new tablet.

Samsung had a 42.5 percent share of all Android phones globally in 2012. “The Android brand is being overshadowed by Samsung’s brand with the Galaxy name nearly a synonym for Android phones in consumers’ mind share,” Gupta said. However, he said competition will grow in 2013, especially from Sony and Nokia.

One of the biggest declines in smartphone sales for 2012 came from Nokia’s 53.6 percent decline over 2011. For all of 2012, Nokia sold 39.3 million smartphones, just 12 percent of its total sales. Nokia saw some success in the fourth quarter of 2012 from its Asha feature phones and Lumia smartphones running Windows Phone 8, but its overall mobile phone share (including feature phones and smartphones) was 18 percent, its lowest ever.

Gartner ranked Huawei as the number three smartphone vendor in the fourth quarter of 2012 for the first time. For the entire year, Huawei sold 27 million smartphones, up 74 percent from 2011.

Overall, Android smartphones sold by several vendors reached 69.7 percent of the global smartphone market in the fourth quarter, compared to 21 percent for iOS, 3.5 percent for BlackBerry, and 3 percent for Windows Phone.