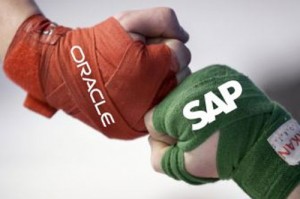 SAP has agreed to pay Oracle US$306 million in connection with the corporate-theft case that Oracle filed against it and a former SAP subsidiary in 2007, according to a filing made Thursday in the U.S. District Court for the Northern District of California.

The long-running legal dispute centres on illegal downloads of Oracle software and support materials by SAP subsidiary TomorrowNow, which offered lower-cost support services for Oracle software. SAP admitted liability for actions taken by TomorrowNow workers, and a jury awarded Oracle US$1.3 billion in damages in November 2010.

But a judge later set aside that award, calling it excessive, and gave Oracle the choice of accepting $272 million or seeking a new trial to determine damages.

Oracle chose a new trial, which had been scheduled to begin Aug. 27.

“To save the time and expense of this new trial … the Parties stipulate to entry of judgment in the amount of $306 million,” Oracle and SAP said in the joint filing on Thursday.

The agreement means Oracle can immediately file its appeal of the ruling that rejected the $1.3 billion award, the company said in a statement.

If any future final ruling results in an award of less than $306 million, SAP has agreed to pay the difference, according to the filing.

SAP “believes this case has gone on long enough,” a spokesman said via email. “Although we believe that $306 million is more than the appropriate damages amount, we agreed to this in an effort to bring this case to a reasonable resolution.”

Oracle is also suing third-party support vendor Rimini Street, which is headed by TomorrowNow co-founder and CEO Seth Ravin, saying Rimini had revived and duplicated TomorrowNow’s “corrupt business model.” Rimini Street has maintained it did nothing wrong, saying it acts within the contractual rights of its customers.

Applications vendors such as Oracle and SAP rely heavily on the annual payments customers make for support and software updates, and they are loath to see the third-party support market grow from its modest size today.

While companies such as Rimini Street can’t offer customers upgrades to the software, which are only available legally through vendor-provided support, they cater to companies with stable systems and little desire for the work and cost associated with upgrades.