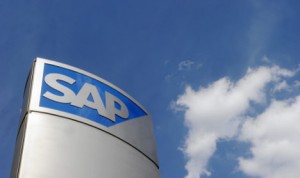 SAP announced a broad set of plans to become a player in cloud computing, spanning from a “loosely coupled suite” of business applications to data integration and PaaS (platform as a service) during the Sapphire conference in Orlando yesterday.

The conference comes several months after SAP’s US$3.4 billion acquisition of SuccessFactors, a move that gave it a large set of cloud-based HCM (human capital management) software as well as what executives called “cloud DNA,” or expertise running such businesses.

While SAP had sold SaaS (software as a service) for some time prior to the deal, it remained a company largely set in the on-premises software world of long sales and releases cycles and perpetual licensing, compared to the subscription pricing and rapid product updates common in the cloud.

SuccessFactors CEO Lars Dalgaard has been tapped to oversee SAP’s cloud strategy and is expected to deliver a keynote at Sapphire along with co-CEO Jim Hagemann Snabe, describing more of the combined company’s plans moving forward.

Those will include applications organised around the themes of people, money, customers and suppliers, said Sven Denecken, vice president of strategy and co-innovation, cloud solutions, in an interview prior to the show.

Hitting on the first two categories, SAP will announce plans to integrate its global payroll software in the cloud, with SuccessFactors’ Employee Central portal.

SAP is also planning to release Financials OnDemand, a product aimed at large enterprises that will also be tied into Employee Central. This announcement could reflect the rise of competitors such as Workday, which has made inroads into large companies with its on-demand human resources software, and is now eager to win big accounts with its financials product as well.

On the “customers” front, SAP’s Sales OnDemand CRM (customer relationship management) application will now get quarterly updates, bringing it in line with rivals such as Salesforce.com. In addition, SAP announced the availability of a new application, Social Customer Engagement OnDemand, that helps marketers and service representatives communicate with customers over sites such as Facebook.

On the topic of suppliers, SAP plans to further build out its Sourcing OnDemand and Information Interchange OnDemand applications, which companies can use to acquire supplies and manage invoices, respectively.

Some of the functionality for these applications will essentially be carved off of SAP’s Business ByDesign on-demand ERP (enterprise resource planning) suite, which will in turn still be available in its complete form, according to Denecken. “We see a very dedicated market for that.”

“Customers can adopt these products at their own pace in their own way,” he added. “That’s what a loosely coupled suite should enable.”

Overall, SAP’s cloud applications will be guided by a design approach that considers mobility, social networking and “big data” analytics, Denecken said. “A lot of vendors see those as separate, but we see them as part of a complete cloud.”

In addition, SAP will emphasise its plans to improve user interfaces across its software, Denecken said. HTML5 is planned to be the standard going forward, with many examples set to be shown this week, he said. Still, SAP will continue developing native client interfaces for mobile devices like the iPhone, he added.

Other details to be revealed Tuesday include a planned cloud-based data integration service from SAP, for connecting on-demand and on-premises applications. SAP intends to court third-party data integration vendors as well, such as Mulesoft and IBM’s Cast Iron, according to a statement.

Hoping to give Sapphire attendees a proof point on cloud software’s ease of deployment, SAP and SuccessFactors executives are also expected to discuss during Tuesday’s keynote how the two companies quickly began using each others’ products.

Within six weeks, SuccessFactors has gone live on SAP’s Sales OnDemand, Sourcing on Demand, Travel OnDemand and Business ByDesign software, according to a statement. SAP is also planning to use SuccessFactors BizX suite for its own HCM system, and made it available to all SAP employees this week.

Of all the announcements slated for Tuesday, SAP’s plans for an on-demand financials application were of particular interest to Forrester Research vice president and principal analyst Paul Hamerman.

Despite the presence of Workday as well as NetSuite in the market, the level of adoption for cloud financials has been “way behind” on-demand HCM and CRM, Hamerman said.

Still, a market is materialising for such software, according to Hamerman. “I think SAP is recognising an opportunity here.”

The sheer number of announcements shows that SAP wants to “present the pace of innovation at this conference,” Hamerman said.

What’s not clear is whether SAP plans to spend much time at Sapphire discussing its core, on-premises ERP software, which still represents the bulk of its revenue.

SAP has sought to alleviate the pain of performing a full upgrade to its flagship Business Suite by issuing periodic enhancement packs. But the last major version of the software was released in 2009, with no new one in sight.

“Their strategy has been to innovate around ERP and not in it,” Hamerman said. “I think customers are looking for something more around the ERP road map besides a succession of enhancement packs.”

Still, SAP’s planned emphasis on refreshed user interfaces is a good sign for longtime ERP customers, according to Hamerman.

“[SAP has] lagged in usability and gotten beaten up around it,” he said. “That’s a big strategy they feel they need to address.”