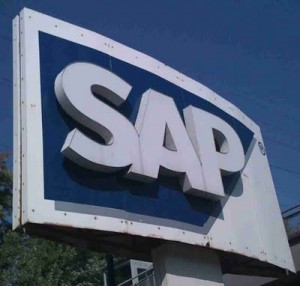 SAP seems to be betting its future on its HANA in-memory database, spotlighting the technology once again at the Sapphire conference in Orlando yesterday, announcing a slew of new applications, partnerships and functional enhancements for the system.

Thanks to a “shopping spree” by SAP in recent years, the company has been able to surround HANA with a wide variety of important supporting tools, co-founder Hasso Platter said during a keynote address Wednesday, which was webcast.

“We have enriched the system. We think that technically, we have a pretty complete collection of functionality,” Platto said.

SAP, which has also been releasing a series of specialised HANA-based applications, announced eight new ones on Wednesday, targeting areas such as sales pipeline analysis, planning and consolidation, cash forecasting, and deposit management. It wasn’t immediately clear when the applications would be generally available.

In addition Wednesday, SAP sought to align HANA with the industry buzzword “big data,” which refers to the huge volumes of unstructured information being generatd by social media, sensors and other sources, as well as related efforts to draw valuable business insights from it.

SAP announced that the fourth service pack for HANA is now generally available and includes an integration with Hadoop, the increasingly popular open-source framework for large-scale data processing. This tie-in will provide the ability to read and from and write to the Hadoop Distributed File System and fast batch updating to HANA as well as the Sybase IQ analytic database, SAP said.

SAP has also formed a “partner council” around HANA, with the centrepiece being an agreement with Cloudera, which provides Hadoop services as well as its own distribution of Hadoop.

Riding the big data theme, SAP was also especially keen on Wednesday to prove that HANA can be scaled out to colossal heights.

The company demonstrated a 100-node HANA cluster, built with IBM hardware, that had 100TB of RAM, 4,000 Intel CPU cores and 150TB of solid-state disk memory.

The system, which cost US$4 million for the hardware, “is the world’s largest in-memory database system assembled ever,” SAP executive board member and technology chief Vishal Sikka said in an interview before the conference.

It is capable of running 1,000 applications for “millions” of users, or can simply take a single database query and run it at warp speed, Sikka said. “This nonsense about scalability, we’ll shoot it in the head.”

“We’re testing the limits of how far we can go,” Sikka added, during a keynote talk on Wednesday at Sapphire.

Customers will be invited to upload their data to the massive cluster and run jobs, although their activities will be limited to experiments, not production deployments at this time, Sikka said in the interview.

Finally, SAP announced the availability of HANA developer instances on Amazon Web Services IaaS (infrastructure as a service) platform, which is a crucial step in helping generate interest among the programming community’s grassroots.

HANA takes about a 20 percent performance hit on AWS because the service’s virtualisation layer inhibits HANA from interacting closely with the CPUs, as it does with traditional appliances, according to Sikka.

Customers can expect HANA to show up on other cloud infrastructure platforms over time, according to Sikka.

HANA emerged as a commercial product last year after a long gestation in SAP’s labs, with the DNA of previously released technologies. Available in appliance form from a variety of hardware vendors, HANA places data into RAM for processing, instead of reading it continuously off a disk or other storage medium, providing a performance boost that SAP has claimed is nothing short of remarkable. Actions performed in RAM are committed to physical storage on an ongoing basis to ensure database recovery in the event of a hardware failure.

SAP first held up HANA as a way to highly accelerate the speed of analytical processing jobs but has since also pivoted it toward the transactional workloads of the ERP (enterprise resource planning) software the company is best known for, with an eye on eventually stealing the supporting roles now commonly held by Oracle’s database and IBM’s DB2 in its customers’ IT landscapes.

More engineering work remains to be done before HANA is ready to handle SAP’s flagship Business Suite, although the company claims early support will be ready this year. In the meantime, SAP’s Sybase division is positioning the Adaptive Server Enterprise database as a potential Oracle replacement now, with HANA coming later.

HANA delivered €160 million in software license revenue for SAP in its first six months of availability, a sum both the company and market observers have deemed significant given the product’s newness. This year has seen SAP leadership grow increasingly sensitive to any suggestion that HANA isn’t yet to be taken seriously as a viable database platform, particularly by rival Oracle. That vendor sells the Exadata and Exalytics appliances, which are HANA competitors.