Saudi Arabia and China have launched the “Digital Silk Road” initiative, according to Arab News.

Dr. Mohammed Al-Mishaigeh, undersecretary of the Ministry of Communications and Information Technology for Saudi Planning and Development, made the announcement during a Saudi delegation’s participation in the World Internet Conference, which concluded recently in Wuzhen City in China. 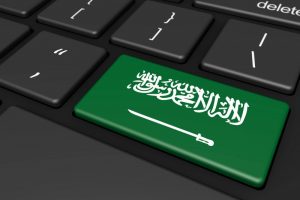 The name “Silk Road” comes from a historical network of trade routes started during the Han Dynasty (206 BC-220 AD) between Europe, India, China and other countries on the Afro-Eurasian landmass.

The Saudi delegation also held a meeting with the National Development and Reform Commission to activate the terms of a memorandum of understanding (MoU) signed in January 2016. The MoU was intended to promote and develop the “Digital Silk Road” as well as review the Chinese experience in building smart cities.

Al-Mishaigeh called on the Chinese to boost partnerships and benefit from Saudi investment and geographical capabilities to transfer knowledge and achieve progress in the field of technology, which the Kingdom is betting on as a knowledge economic resource.

Speaking at the conference, Al-Mishaigeh said that Saudi Arabia has started implementing the desired social and economic transformation in accordance with the Vision 2030 plan. He said that the city of Neom will be the focus of artificial intelligence, automation, manufacturing and renewable energy in the world.

Neom is a $500 billion mega city on the Kingdom’s Red Sea coast, which is part of the national push to diversify the economy.
The 26,500 square meters zone will focus on industries including energy, water, biotechnology, food, advanced manufacturing and entertainment, Saudi Crown Prince Mohammed bin Salman has said.

“Neom will attract private as well as public investments and partnerships. The zone will be backed by more than $500 billion over the coming years from the Saudi Public Investment Fund, local as well as international investors,” he said.

The Saudi delegation also visited the Huawei Research Center in Shanghai to learn about the latest technologies in infrastructure, smart cities and the Chinese experience in enabling the digital economy.