Saudi Arabia’s Stock Exchange Tadawul said on Monday it has hired U.S. group Nasdaq to replace its 16-year-old registry, depository and settlement infrastructure as it tackles challenges including the forthcoming listing of Saudi Aramco, according to Reuters.

The kingdom is rapidly developing its stock market, which has a capitalisation of about $450 billion, to attract foreign capital as it seeks to reduce the economy’s dependence on oil.

The Saudi government aims to raise tens of billions of dollars by selling about 5 percent of national oil giant Saudi Aramco in the second half of 2018, in what could be the world’s biggest initial public offering. 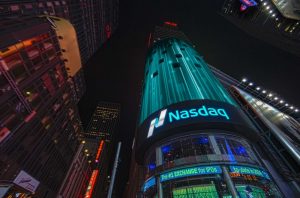 Officials also aim to introduce trading of government and corporate bonds, and told Reuters in April that the exchange should be ready for equity futures and options in about 24 months, after completing reforms to help it manage the risks.

The Nasdaq technology, which is due to be installed by the end of 2020, will create a new central counterparty clearing system for the market, the Saudi exchange said. It did not disclose the value of the agreement with Nasdaq.

The government has said it intends to list Aramco shares in Riyadh and at least one foreign market, but the Saudi exchange’s chief executive said last month that it hoped to be the exclusive venue for the listing, and that it was working hard to convince Aramco of the advantages of such a move.