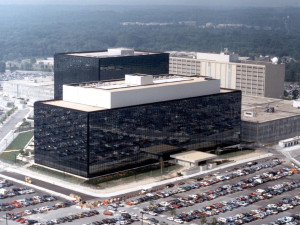 Critics of the U.S. National Security Agency’s bulk collection of U.S. residents’ telephone records should offer a better way to track terrorists and protect the country against attacks, the agency’s director said Wednesday.

“If we can come up with a better way, we ought to put it on the table and argue our way through it,” Alexander said. “There is no other way that we know of to connect the dots.”

After eight internet companies, including Apple, Google and Facebook, called for surveillance reforms in a letter this week, Alexander challenged tech companies to offer suggestions for new ways to conduct surveillance.

U.S. tech companies have been “unfairly hurt” by revelations of NSA surveillance this year, he said. “Industry has some technical capabilities that may be better than what we have,” he said. “If they have ideas of what we could do better to protect this nation and our civil liberties and privacy, we should put it on the table.”

“Given that the threat is growing, I believe that is an unacceptable risk to our country,” he said. “Taking these programmes off the table, from my perspective, is absolutely not the thing to do.”

Alexander, along with officials from the U.S. Department of Justice and the U.S. Office of the Director of National Intelligence, faced some scepticism about surveillance programmes from senators.

Senator Patrick Leahy, a Vermont Democrat and committee chairman, said he was concerned after recent news reports that the NSA is collecting mobile phone location records worldwide and is monitoring online games such as World of Warcraft.

The news reports lead to concerns about the “scope and wisdom” of the NSA’s surveillance programmes, said Leahy, sponsor of the USA Freedom Act, a bill intended to end the agency’s bulk collection of phone records in the U.S.

“The reports raise the question, because we can do something, does it really make sense that we do it?” Leahy said.

But it doesn’t make sense for the NSA to back away from mass data collection, countered Senator Sheldon Whitehouse, a Rhode Island Democrat. With many other countries’ surveillance agencies conducting mass surveillance, critics of the NSA are asking the agency to “unilaterally disarm,” he said.

“We’ve entered a new technological era, the era of big data,” Whitehouse said. “Our intelligence establishment is not the only group that’s playing in this big data area.”

Others at the hearing called for more transparency and oversight of NSA surveillance. Surveillance reforms are needed because the rest of the world is losing trust in U.S. technology companies, said Edward Black, president and CEO of the Computer and Communications Industry Association.

Continued surveillance of U.S. services will drive Internet users to foreign alternatives, Black said. “We should not take for granted decades of progress in creating security and fostering user trust,” he said. “And we should not discount how easily that foundation can be damaged.”