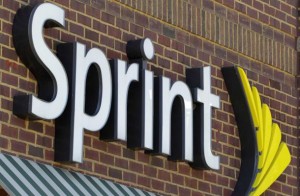 Sprint Nextel has offered US $2.1 billion, or $2.90 a share, for the nearly one-half interest in mobile broadband firm Clearwire that the company doesn’t already own.

Sprint, in a filing with the U.S. Securities and Exchange Commission this week, confirmed news reports that it was planning to buy the remaining 49.6 percent stake in Clearwire. Sprint has disclosed its plans to SoftBank, a Japanese mobile carrier planning to invest in Sprint, according to the filing.

Clearwire has planned to launch an LTE network in 2013 in five U.S. cities, but it has billions of dollars in long-term debt. The company has large spectrum holdings in many major U.S. markets.

Clearwire, in a statement, said it is in “discussions with Sprint regarding a potential strategic transaction.” A committee of Clearwire’s board of directors is reviewing the offer, the company said.

The deal is not certain. In November, Mount Kellet Capital Management, a major investor in Clearwire,called on the company’s board to sell off its extra spectrum for up to $9 billion instead of selling to Sprint.

Crest will take “whatever actions it can,” including petitioning the U.S. Federal Communications Commission to stop the deal, the company said.