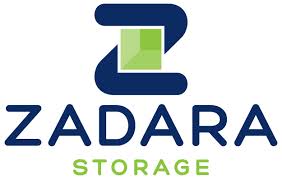 That model has been proven out extensively on the compute side, with services like Amazon’s Elastic Compute Cloud (EC2), and a variety of other IaaS offerings on the market. But storage has been slow to catch up.

Sure AWS has Elastic Block Storage (EBS) and Simple Storage Service (S3), but Ben Woo, an analyst at Neuralytix – and former IDC storage analyst – says for highly transactional databases and workloads, those don’t always cut it.

Zadara may be changing that. The company is a two-year old venture-backed startup that focuses on delivering a high-performance storage platform in a cloud pricing model. Zadara’s Virtual Private Storage Array (VSPA) provides a storage backend for input/output intense cloud applications like CRM and ERP systems. Zadara is looking to fill in the holes where platforms like EBS fall short for highly transactional databases and apps. The traditional option for storage-intensive apps has been an array from one of the big providers such as EMC or NetApp, Woo says. Zadara’s model introduces Tier 1 performance, but with pay-per-use pricing.

Zadara’s cloud model means customers don’t own or run the equipment, but it can still sit on their own site behind their firewall. A hosted version of Zadara’s platform has direct connections with public cloud providers. If customers have Zadara on both their premises and in the public cloud, it can create a hybrid storage platform that spans both, Woo says.

VSPA is delivered through a software controller, meaning it can run on commodity hardware. Zadara does require customers to commit to a 6-month contract for on-premises installations. Its hosted version starts at $0.49/controller, per hour with an additional usage fee based on the amount of data the platform handles. The platform has been on the market, but this week Zadara added new data backup and protection features to it.

The company is headquartered in Irvine California and was founded in 2011 by Israeli engineers who formerly worked for semiconductor company LSI; Zadara has raised $10 million in venture funding.

The broader point here is that the storage is still an evolving area for cloud applications. The nature of a geographically distributed and outsourced computing model like the cloud puts new strains on storage platforms. Meanwhile, applications are requiring ever-more intense performance. Combined, that gives an opportunity for companies like Zadara to fill in holes in the market with products like AWS’s EBS fall short. But, expect more companies to serve this need too with companies like NetApp, EMC, HP and a host of startups recognizing this problem as well.