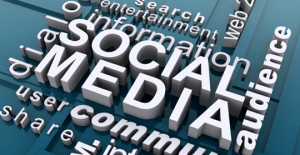 There is a disconnect among senior executives over who is responsible for new customer communications channels like social media and mobile.

The Getting Closer to the Customer Report from the Economist Intelligence Unit (EIU) is based on a global survey of 800 senior executives worldwide.

More than half (58 percent) of C-level respondents consider the CEO responsible for new customer communications channels, but less than a third (28 per cent) of middle managers agree with their superiors’ assessment, with 38 percent of non C-level executives saying the marketing department has ultimate responsibility for social media and mobile channels.

The EIU said the disconnect between top-level and mid-ranking executives might be explained by the “novelty factor” of social media.

Only 48 percent of organisations use social media and networking sites to communicate with customers, and only 20 per cent use mobile applications, whereas the majority continues to lean on the company website (90 percent) and email (88 percent).

“Given the ubiquity of both mobile devices and social media like Facebook and Twitter, it is alarming that many companies are late to the party and have not clearly assigned responsibility for these channels,” said Paul Segre, CEO of contact centre systems firm Genesys, which sponsored the report.