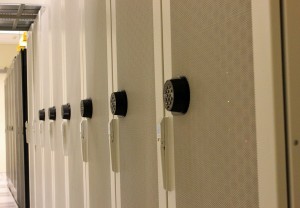 The firm said that the EEC DSA will be 10,000 times harder to break than an RSA-bit key.

Certificates are used to prove site identity to the visitor through a validation check that involves the user’s browser and the site certificate.

ECC represents a different mathematical approach to crypto that originated in the 1980s to try for faster processing speed at lower bit lengths. Speed is of growing importance because the National Institute of Standards and Technology (NIST) is requiring websites covered under federal regulations to migrate from RSA 1024-bit crypto to 2048-bit certificates by January 1, 2014, Symantec points out.

This is regarded as a precautionary measure because longer-length crypto algorithms are harder to break; the NIST guideline taking effect related to algorithm length for security in website certificates will be advice that resonates beyond government to business.

Breaking crypto algorithms in certain instances can be done through “brute force,” notes Bob Hoblit, senior director of product management in Symantec’s Website Security Solutions division, alluding to computer-based attacks through raw processing power to try and crack the crypto’s math. However, longer-length crypto algorithms are seen as more computationally intensive and slower in their use.

Symantec argues that the advantage in using ECC technology is that it will be harder to break than an RSA-bit key — and Symantec specifically points to National Security Agency analysis regarding ECC in general that 256-bit ECC certificates offer the equivalent security of a 3072-bit RSA certificate.

Symantec says its testing of ECC is showing better server-to-desktop performance and response time, comparing the RSA certificate handling 450 requests per second with an average response time of 150 milliseconds to the desktop, with an ECC certificate under the same conditions averaging just 75 milliseconds.

Symantec believes this is the first certificate authority to actually offer ECC SSL certificates, but Entrust also markets what it calls a “hybrid” ECC certificate product as a somewhat future-oriented technology, noting that some older browsers wouldn’t support ECC.

The ability of Web browsers to support a vendor’s specific certificate crypto “root” is an important question. The Microsoft Internet Explorer, Google Chrome and Mozilla Firefox browsers typically have coded into the various versions the certificate “root” information, and Symantec says this has been done in the case of its ECC SSL certificate technology.

There must also be a way for the Web server to support an ECC server certificate, and Hoblit said open-source Apache now has an “ECC-optimising version” while it is possible to activate ECC connectivity in other servers as well. He noted that Symantec has been in pilot tests of ECC with several industry partners, including Citrix, Akamai Technologies, AT&T, HID, Juniper, F5 Networks, Opera Software, Red Hat and Google.

Some of these tests are being done to ensure ECC works smoothly in cloud-based environments. There’s also some expectation that ECC will be a suitable type of crypto for mobile devices as well.

“The future is going to necessitate higher security cryptography and Akamai sees ECC as a technology that will allow cloud platforms to scale to meet those security needs without the crippling complexity of today’s common algorithms,” said Stephen Ludin, chief architect at Akamai. He indicated Akamai is anticipating that as the “ecosystem” for ECC gets ready, Akamai will be able to use it in its services.

If the ECC certificate used on a Web server recognises that the incoming Web browser doesn’t support ECC, it will automatically default to RSA-based SSL to accommodate the Web visitor, says Hoblit.