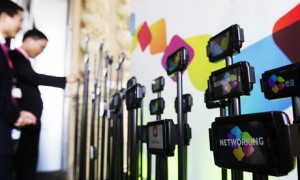 The mobile industry might be preparing to show off lots of new gadgets at this month’s Mobile World Congress in Barcelona, but a mergers and acquisitions specialist says the industry should forget about hyping them up and prepare for the dominance of software mobile players like Facebook, Amazon and Ad Tech.

M&A specialist Magister Advisors has set out its industry predictions for the remainder of 2013.

Victor Basta, Managing Director, Magister Advisors, said, “Industry commentators are wrong and are stuck in a pre-1981, pre-Microsoft ‘hardware mindset’. The mobile industry is no longer about the device.”

Basta added, “The last few years have been about perfecting the mobile device. Smartphones are now derivative, innovation has already happened and Apple’s share price is suffering partly because of this. For 2013, all important mobile innovation will be software-based.”

He said the “real value created will be in monetising fickle mobile users”. Facebook, Apple, Amazon and Samsung will “flourish or wilt based on their ability to produce great software, not great devices”.

In other predictions, Basta said Facebook’s Graph Search represented “a huge opportunity for the company to transform over the next three to five years”. It could have a dramatic and positive impact on advertising revenues over time, especially on mobile, he said.

Magister Advisors predicts Facebook’s share price will climb above $38 for the first time since the IPO, as analysts and investors form a better understanding of the “huge commercial potential” Graph Search offers.

On Amazon, Basta said it was “coming on quietly but incredibly quickly in the mobile eco-system”. It has a proven ability to innovate with low-cost mass market devices such as the Kindle, he said, and also has the “software sophistication to set the global standard for online retail customer engagement”.

There isn’t much enthusiasm for BlackBerry, however, as it will be “pureed”, according to Basta, despite the largely good reviews for the new BlackBerry 10 operating system and a couple of new smartphones that are 4G-ready in the UK.

He said, “BlackBerry 10 isn’t a year late. It’s seven years too late. The business will eventually be pureed by the competition.” BB10 will deliver a resurgence, according to Basta, but that this would be “entirely temporary”. BlackBerry’s trump cards – enterprise integration and BBM – are being picked off my Microsoft and WhatsApp respectively, he added.

Ad Tech’s star will rise though. Basta said: “Applying technology to performance advertising has been coming for years. This year will see Ad Tech become ubiquitous across platforms and geographies.

“In particular agencies will work out how to monetise performance advertising across platforms to a much greater degree than previously.”