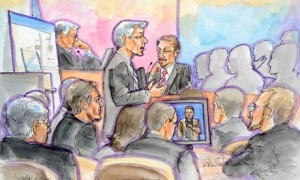 Oracle has said that an appeals court should rule, as a matter of law, that Google’s commercial use of Java in a market where Oracle already competed was not fair use.

“This Court should not stop at finding that Google infringed Oracle’s copyrighted work. A remand to decide fair use is pointless,” Oracle said in a filing on Monday to the U.S. Court of Appeals for the Federal Circuit.

Oracle is appealing a decision by Judge William H. Alsup of the U.S. District Court for the Northern District of California.

Google was cleared last May of most of the infringement claims in Oracle’s lawsuit, although it was found to have copied a few small portions of Oracle’s Java code.

The main issue at trial was whether Google had copied 37 of Oracle’s Java APIs (application programming interfaces) in its Android OS. But the judge ruled in May that the APIs were not eligible for copyright protection under U.S. law.

The jury hung on Google’s fair-use defence, and thereafter the District Court ruled that the infringed code and organisation of the 37 packages were devoid of copyright protection, Oracle said in its filing.

Android was designed to be incompatible with and fragment the Java platform, and was also designed to replace Java SE derivative works in the smartphone market, Oracle said in the filing. By offering a Java-friendly programming environment without licensing fees, Google thus hurt Oracle’s already very lucrative business opportunities in licensing to the mobile and smartphone market, it added.

“Nothing about Google’s use was fair,” Oracle said in the filing.