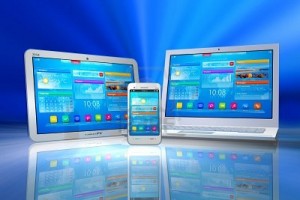 Tablets and smartphones continued to eat away at worldwide PC shipments, which remained flat during the second quarter, according to research released by Gartner yesterday.

Meanwhile, Lenovo inched closer to taking the top spot in PC shipments from Hewlett-Packard, which barely held on to the title of world’s largest PC maker. Lenovo has been growing through acquisitions and aggressive pricing, Gartner said.

Consumers are spending less on PCs and more on smartphones and tablets, Gartner analyst Mikako Kitagawa said in a statement. The trend is more pronounced in developed countries where the PC market is highly saturated, he said.

Research firm IDC on Wednesday also reported a year-over-year decline of 0.1 percent in worldwide PC shipments, a turnaround from its forecast in May of 2.1 percent growth.

Intel is making a push to revitalise PC shipments with ultrabooks, a category of thin and light laptops that became available starting in late 2011. Intel has poured millions into developing and promoting ultrabooks, but so far they have failed to reignite laptop shipments, Kitagawa said. Ultrabooks are at an early stage and a new batch based on Intel’s third-generation Core processors are slowly becoming available.

But the second-quarter slowdown does not bode well for ultrabooks, nor Microsoft’s upcoming Windows 8 OS, due later this year, Gartner said.

Acer took the third spot with 11 percent market share and shipments of 9.6 million units, up 3.6 percent. Dell’s shipments fell by 11.5 percent, putting it in fourth place ahead of Asus.