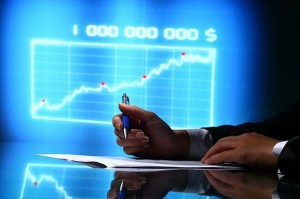 The global market for business analytics software grew roughly 14 percent in 2011, fueled by pervasive hype about “big data” as well as new technological innovations, according to a report unveiled by analyst firm IDC yesterday.

Between now and 2016, the business analytics market will have a compound annual growth rate of 9.8 percent, reaching US$50.7 billion, IDC said.

Economic uncertainties persist throughout the world, and other analyst reports have predicted slower growth for IT spending, particularly in Europe.

Still, analytics will remain in demand due to a number of factors, according to IDC. “Compliance, security, fraud detection, and risk management requirements are driving demand for software ranging from reporting tools to analytic applications,” the report states.

In addition, analytics tools help companies find ways to cut costs, as well as come up with new products or services, according to the report.

On top of that, business executives have become much more aware of the potential benefits analytics can have on their companies, it states.

Growth in 2011 was faster than in 2010, when the analytics market grew 11.6 percent, according to IDC. That was a “rebound year” following the 2009 economic downturn, when growth was just 1.6 percent, the report states.

Data warehousing platform sales experienced the most growth in 2011, with 15.2 percent, according to the report.

Oracle is the industry’s largest analytics vendor by revenue, with $6 billion, IDC said. Yet this still represents only one-quarter of its software revenue, which “suggests continued room for growth,” IDC said.

“At the same time, it affords Oracle the luxury for pricing and bundling strategies that are unavailable to vendors with a higher reliance on business analytics revenue,” the report added.

Other top analytics vendors remain SAP, IBM and SAS Institute. Some 70.2 percent of analytics software revenue is generated by the 10 biggest vendors, but “there is a large and competitive market that represents the remaining 30%,” the report states.

Customers can expect a significant uptick in the number of highly specialised analytic applications that target specific business processes and verticals, according to IDC.