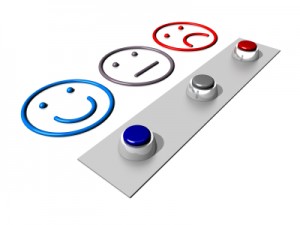 Tech managers need to do a better job developing talent, with too much judgment and not enough instruction, according to new poll data from Dice.com.

The IT careers site asked about the relationship between managers and their tech staff, and unsurprisingly, most poll-takers rated it a very important (59%) or somewhat important (23%) factor in the decision to stay at their current firm or look for a new job.

Just 6% said the manager-staff relationship isn’t an important factor in the decision to stay at a job, and another 6% went a step further and said it’s not a factor at all. (The remaining 6% of respondents are either between jobs or are the boss.)

In addition to influencing an employee’s job search decisions, an IT boss has the power to influence a company’s reputation and its ability to recruit tech talent, said Tom Silver, senior vice president, North America, at Dice. “Yet, when it comes to developing talent, tech managers are not making the grade,” Silver noted in a report released this month.

A majority of IT professionals judge their current managers as graders (61%) versus teachers (26%), but it’s more important to create a nurturing workplace than a pass/fail department, Silver said.

“There will always be a need for some grading, but the emphasis should be on teaching. Tech professionals do their best work when it’s a safe environment to try new solutions, explore alternatives and fail,” Silver said.

If tech employees don’t feel valued, they’re going to jump ship. Turnover has fallen below average for 41 months in a row, according to the U.S. Bureau of Labor Statistics, but tech managers can’t count on a struggling economy and tight job market to keep their departments staffed. Good talent will flee, Silver said.

“Frankly, companies haven’t felt the repercussions of subpar workplaces in the last three years. But, the gap between the importance of the employee-manager relationship and the way it’s developing is unacceptable. Both sides need to remember this is a lasting connection and one worth the effort,” he said.