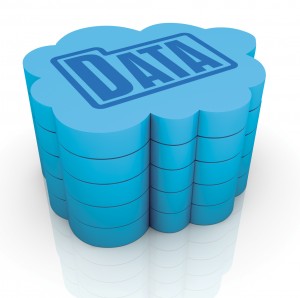 Cloud and big data are two big trends influencing the current business landscape. However, they have yet to have been spoken of as a service together. Andrew Sutherland, senior VP of technology at Oracle EMEA, anticipates big data to be offered as a cloud service in the near future.

Oracle were talking big data in Naples, Italy where Oracle Racing were competing to defend Team USA’s America’s Cup trophy. The software giant previewed the new AC72 catamaran, which will launch in July as the first sailing boat to allow onboard data analysis to make tactical decisions.

However, the sailing was mainly a backdrop to Oracle’s wider discussion on big data and in particular its big data appliance, which was released earlier this year.

Despite Oracle’s enthusiasm over the product, Sutherland said he believes that whilst a physical appliance is the best available option to take advantage of the data explosion now, the future of big data is in fact in the cloud.

“I do see the provision of cloud as a deployment of big data. Cloud will release big data to the mass markets. A lot of people who find it difficult to purchase their own equipment will have access to big data through the cloud. So I do see in the future big data offered as a cloud service,” he said.

Sutherland also predicted that in the years ahead big data will change from something that companies should be accessing, to something everybody accesses but where real competitive advantage comes from how the data is analysed and turned into useful information.

“I think what we are going to see links to the analogy of drilling for oil. There is already some oil out there but you’ll start to see a pulse to that being accessed. People who didn’t think they could use certain data will start using it, so volume will grow and we will get into the mid-market area,” he said.

“Then they’ll start instrumenting more of what they do with the data. The relationship and integration between multiple sources will become most significant. A lot of information will come when you cross-correlate across sources. This ability to look at it all together will be what drives big data forward,” he added.

Oracle is not threatened by the possibility of social media leaders like Twitter and Facebook offering their own analytics tools, which could provide more access to data than what external vendors can provide through hardware, Sutherland said.

He added that he can only see the networks offering basic analytics tools and that the real benefit of big data comes from answering personalised questions, which Twitter and Facebook would not do.

“What big data offers you is a playground for questions. You need somewhere where you can not only collect and take in all the data out there – but somewhere you can actually start asking and getting answers from questions about that data. Only you can think up the questions,” he said.

When it comes to the uptake of big data tools, Sutherland said companies should not make the mistake of assuming they do not have data out there to take advantage of and that the data explosion is not of use to them.

Big data, which is predominately made up of the vast amounts of unstructured data available to companies nowadays, is something that has mainly been capitalised on by larger enterprises.

However, Sutherland said it is something companies of all sizes should be looking into regardless of whether they have already been collecting data or not.

“There is actually quite a lot of big data in the public domain that can be brought in and analysed, so a company doesn’t necessarily have to have been collecting data for a big data solution to be useful to them,” he said.

“In my experience many companies would be surprised with how much big data they really haven’t thought about. We need to answer the question very carefully before we assume that an organisation doesn’t have assets out there that are being unexploited,” he added.

Sentiment analysis is one particularly useful tool that any company can utilise to find out what people think of it or its products, Sutherland said.

“There may well be comments on Facebook and Twitter about them. There are tools that can be set up to see what the sentiment is about an organisation or product. We can assist with external data sources and bringing them to the benefit of the organisation,” he added.

Despite many IT managers recognising the benefits of big data, Sutherland said one of the biggest hurdles comes in trying to convince management of return on investment.

Sutherland went on to detail particular models IT managers can show to management to demonstrate ways of measuring the benefits of big data.

“You can see the cost-per-lead in tightening up marketing. Also closure rates are very typical in sales in that you’ll have a pipe line of opportunities and can convert those to revenue,” he said.

“The ROI question is almost as broad as big data itself – it’s going to depend so much on the industry. One of the intriguing things for me is watching big data grow by industry. We are starting to see common industry cases and examples of where savings or advantages have come. We are starting to really drill into these,” he concluded.