The Telecommunications Regulatory Authority (TRA) has warned against the new update of Snapchat for photo messaging – ‘the Snap Map’. 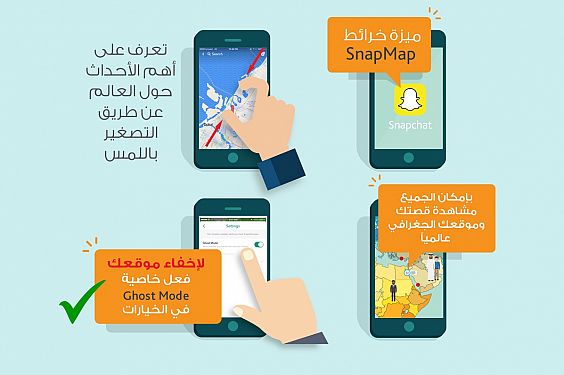 The new update allows the release of the geographical location of the Snapchat users and exposes it to all the app users worldwide, not just to their friends.

Under the update, any Snap connection through the app can be viewed as a point on an interactive map once the screen is pulled, and when clicking on any of the points, the image or scene is opened without informing the owners that their location has become exposed.

To avoid this, users need to make a simple change to the app settings, by activating the ‘ghost mode,’ meaning the user’s location is hidden.