Employees hide IT security incidents in 53 percent of business in the UAE, according to a new report from Kaspersky Lab and B2B International titled “Human Factor in IT Security: How Employees are Making Businesses Vulnerable from Within.” 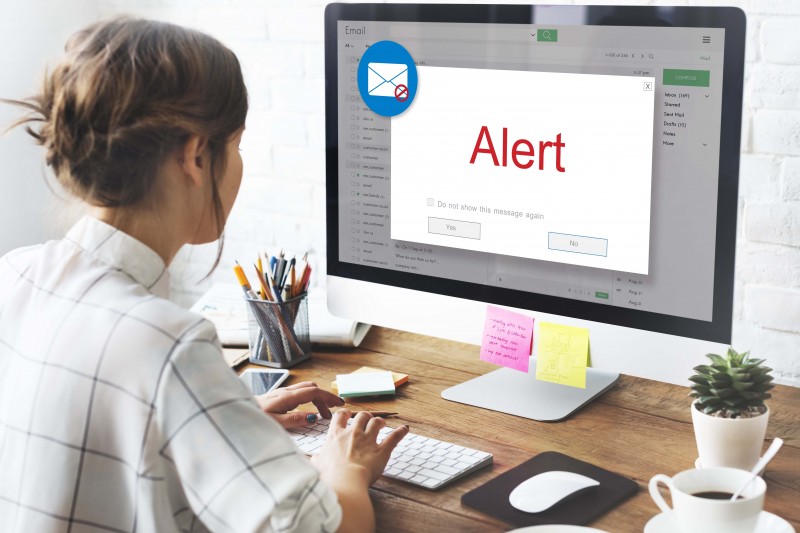 According to the study, with 46 percent of IT security incidents caused by employees each year globally, this business vulnerability must be addressed on many levels, not just through the IT security department.

Uninformed or careless employees are one of the most likely causes of a cybersecurity incident — second only to malware, said Kaspersky Lab. While malware is becoming more and more sophisticated, the sad reality is that the evergreen human factor can pose an even greater danger.

In particular, employee carelessness is one of the biggest chinks in corporate cybersecurity armor when it comes to targeted attacks. While advanced hackers might always use custom-made malware and hi-tech techniques to plan a heist, they will likely start with exploiting the easiest entry point – human nature.

According to the research, 26 percent of targeted attacks on UAE businesses in the last year had phishing/social engineering at its source. For example, a careless accountant could easily open a malicious file disguised as an invoice from one of a company’s numerous contractors. This could shut down the entire organisation’s infrastructure, making the accountant an unwitting accomplice to attackers.

“Cybercriminals often use employees as an entry point to get inside the corporate infrastructure. Phishing emails, weak passwords, fake calls from tech support – we’ve seen it all. Even an ordinary flash card dropped in the office parking lot or near the secretary’s desk could compromise the entire network — all you need is someone inside, who doesn’t know about, or pay attention to security, and that device could easily be connected to the network where it could reap havoc,” said David Jacoby, security researcher, Kaspersky Lab.

Sophisticated targeted attacks do not happen to organisations every day – but conventional malware does strike at mass. Unfortunately though, the research also shows that even where malware is concerned, unaware and careless employees are also often involved, causing malware infections in 55 percent of incidents in the UAE.

Staff hiding the incidents they have been involved in may lead to dramatic consequences, increasing the overall damage caused. Even one unreported event could indicate a much larger breach, and security teams need to be able to quickly identify the threats they are up against to choose the right mitigation tactics. 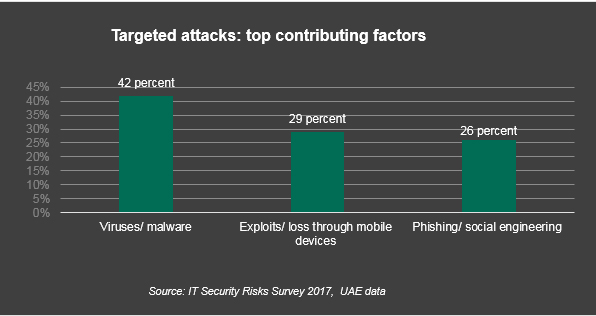 However, the study found that staff would rather put organisations at risk than report a problem because they fear punishment, or are embarrassed that they are responsible for something going wrong. Some companies have introduced strict rules and impose extra responsibility on employees, instead of encouraging them to simply be vigilant and cooperative. This means that cyber protection not only lies in the realm of technology, but also in an organisation’s culture and training. That’s where top management and HR need to get involved.

“The problem of hiding incidents should be communicated not only to employees, but also to top management and HR departments. If employees are hiding incidents, there must be a reason why. In some cases, companies introduce strict, but unclear policies and put too much pressure on staff, warning them not to do this or that, or they will be held responsible if something goes wrong. Such policies foster fears, and leave employees with only one option — to avoid punishment whatever it takes. If your cybersecurity culture is positive, based on an educational approach instead of a restrictive one, from the top down, the results will be obvious,” said Slava Borilin, Security Education Program Manager at Kaspersky Lab.

Borilin also recalls an industrial security model, where a reporting and ‘learn by mistake’ approach are at the heart of the business. For instance, in his recent statement, Tesla’s Elon Musk requested every incident affecting worker safety to be reported directly to him, so that he can play a central role in change.

Kaspersky Lab highlighted that organisations around the world are already waking up to the problem of their staff making their businesses vulnerable: 57 percent of companies surveyed in the UAE admit that staff is the biggest weakness in their IT security.

The best way of protecting organisations from human-related cyberthreats is to combine the right tools with the right practices. This should involve HR and management efforts, to motivate and encourage employees to be watchful and seek help in the case of an incident. Security awareness training for staff, delivering clear guidelines instead of multipage documents, building strong skills and motivation and fostering the right working atmosphere, are the first steps organisations should take.

In terms of security technologies, most of the threats aimed at targeting unaware or careless employees – including phishing – can be addressed with endpoint security solutions. These can cover the particular needs of SMB and enterprise companies in terms of functionality, pre-configured protection or advanced security settings, to minimise risks.