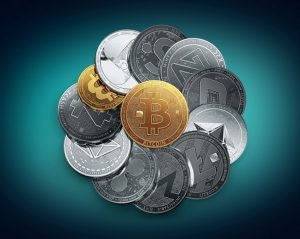 Britain’s Treasury Select Committee of lawmakers on Thursday said it is initiating an inquiry into virtual currencies and the underlying distributed ledger technology, blockchain, according to a Reuters report.

The committee said in a statement that the probe will focus on the opportunities and risks posed to consumers, businesses and the government by the rising popularity of digital assets.

A global investment frenzy over Bitcoin and other cryptocurrencies in the recent past has led to its erratic valuations, resulting in fortunes for some investors while heavy losses for others.

Bitcoin, the best known virtual currency, lost over half its value earlier this year after surging more than 1,300 percent, said Reuters.

“People are becoming increasingly aware of cryptocurrencies such as Bitcoin, but they may not be aware that they are currently unregulated in the UK, and that there is no protection for individual investors,” Nicky Morgan, chair of the Treasury Committee, said.

The British committee of politicians will take written and verbal evidence from a range of experts on the digital currencies, which will then inform a report it submits to the government containing recommendations on what to do.

According to Reuters, the inquiry will consider whether the government is striking the right balance between protecting customers and businesses without stifling innovation.

Governments and regulators worldwide have in recent months shown themselves divided on what to do about cryptocurrencies, which have already spawned investment scams promising returns of over 1,000 percent and hacks on the exchanges that store the virtual funds.

The finance ministers and central bank governors of France and Germany earlier this month called for the policy and monetary implications of cryptocurrencies to be placed on the agenda of the upcoming G20 meeting of the largest advanced and developing economies.

The Governor of the Bank of England Mark Carney meanwhile on Monday said that bitcoin has “pretty much failed” as a currency measured by standard benchmarks, and is neither a store of value nor a useful way to buy things, Reuters reported.

However, the BoE is one of a number of central banks and governments around the world that are looking into the underlying blockchain technology as a potential way of issuing digital-only currency, for making settlement more efficient, or for distributing and tracking money in the public sector.