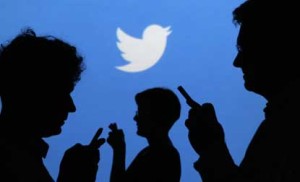 Twitter quietly changed its blocking policy on Thursday, but the ensuing user outrage caused the company to quickly backtrack and apologise for the change.

Twitter’s blocking policy as it was – and now as it is again – notifies a user if they’ve been blocked. Blocking a person also prevents them from following you or interacting with your tweets. The brief change in the policy meant a block equated more to ignoring the user – they were no longer notified when blocked, and they could still interact with your tweets, although you wouldn’t see those responses in your feed.

Twitter CEO Dick Costolo said Twitter users had requested the change, fearing that block notifications would only anger the people who had been blocked and may lead to even more harassment.

But any users satisfied with the change were drowned out by a wave of outraged tweets. Users who had experienced abuse on Twitter were concerned that their harassers would still be able to read and reply to their tweets, even if those replies were invisible. Other users would be able to see the harasser’s interactions, and their replies would show up in Twitter search results.

The complaints were so overwhelming that Twitter reversed its position on blocking Thursday night.

“Earlier today, we made a change to the way the ‘block’ function of Twitter works,” Twitter vice president of product Michael Sippey wrote in a Thursday night blog post. “We have decided to revert the change after receiving feedback from many users – we never want to introduce features at the cost of users feeling less safe. Any blocks you had previously instituted are still in effect.”

Twitter told TechCrunch that the change was designed to let users with public accounts know that just because they’ve blocked someone doesn’t mean their tweets are private. If the blocked user logs out of Twitter, they will still be able to view your tweets – but not respond to them.

Twitter has faced criticism in the past for the way it handles harassment on the service. In August, the network added a “report abuse” button on individual tweets and dedicated more resources to moderating the site.