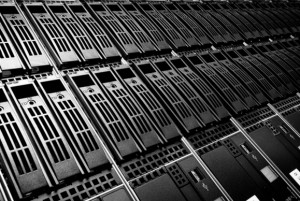 MapR Technologies and VMware have collaborated to make it easier for enterprises to virtualise Big Data applications and get better support at the same time.

The companies have collaborated to certify for VMware’s vSphere platform the MapR distribution of the open-source Apache Hadoop software framework for the distributed processing of large data sets. The certification enables enterprises to more easily deploy and run the MapR distribution for Hadoop on vSphere, and more importantly receive commercial support.

For enterprises that don’t want to run their Big Data implementation in a public cloud, virtualising the applications allows IT departments to utilise hardware more efficiently and gain more control over their resources, according to VMware.

For a company like MapR, partnering with larger vendors is important, because it lends credence to both the company itself and its technology. The company places a strong emphasis on partnerships, Alan Geary, senior director of worldwide business development at MapR Technologies, said in a blog post announcing the VMware certification.

For companies that do want to run their big data applications in a public cloud, MapR has already partnered with Amazon Web Services, Google and Hewlett-Packard.

The company offers three editions of its Big Data platform for Hadoop. The M3 Edition is free and available for unlimited production use, and has community support. The M5 Edition adds features such as mirroring and snapshots, and offers full support and on-demand patches, as well. The most advanced edition is M7, which adds even more features, including unlimited scalability for table data, according to MapR’s website.