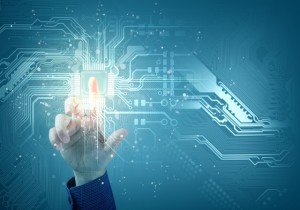 VMware is now addressing the market for Docker with two open source software packages that will allow its customers to more easily deploy containers in their existing VMware infrastructure.

The company has released a Linux distribution, called Project Photon, which was designed to run within a VMware virtual machine hypervisor and contains only the barest essentials that an operating system would need for running containers. The company has also released access management software, called Project Lightwave, that gives system administrators a way to control the access to their containers.

VMware’s intent with both of these projects is to get them out into the community and get feedback, said Kit Colbert, VMware’s chief technology office for cloud-aware applications.

Launched in 2013, Docker is rapidly gaining popularity among developers and organisations using it as a portable environment for running applications. The Docker Hub, an online repository for third-party Docker images, has provided more 300 million containers to developers, Docker has estimated.

Part of Docker’s appeal is that it provides a way for applications to be easily moved across different cloud providers. The containers are now supported by all the major players, including Microsoft Azure, IBM, the Google Cloud Platform and Amazon Web Services.

With projects Photon and Lightwave, organisations that rely on VMware virtualisation for their in-house private clouds can incorporate Docker and other containers into their operations.

VMware designed Project Photon to run containers on the company’s vSphere and VMware vCloud Air virtualisation platforms. It contains only the libraries and programs needed to run containers. Its slim size will potentially help organisations pack as many containers onto a single server as possible.

Photon supports not only Docker, but also CoreOS’s recently launched Rocket container and Pivotal’s Garden container. Pivotal is a spinoff from VMware and parent company EMC.

A number of companies have already released slimmed Linux distributions built exclusively for running Docker, including Red Hat, Canonical and CoreOS. VMware’s Photon “is for operational simplicity. You’re not dealing with a hypervisor from one vendor and a Linux distribution from another,” Colbert said.

Using a VMware infrastructure to run Docker containers can also be advantageous in that many enterprises have already built security controls in their VMware platforms, Colbert explained. VMware is hoping to extend this security advantage with the Project Lightwave software.

Lightwave can be used to check if a person or application has the appropriate permissions to run a piece of software. It works with industry standards, such as LDAP (Lightweight Access Directory Protocol).

Unlike other access management software, such as Microsoft’s Active Directory, Project Lightwave was built primarily to provide credentials to other cloud applications, rather than for end-users themselves. It adds an additional layer of security to containers by insuring they are only accessed by external programmes that have been previously designated as safe.