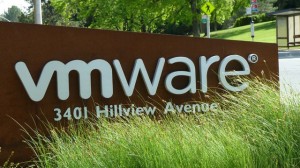 Continuing its push to virtualise all aspects of the data centre, VMware is acquiring software-defined networking firm Nicira for US$1.26 billion, the companies announcedyesterday.

“I believe we have the same opportunity to do for networking what we’ve already done for servers and many other parts of the data centre,” Steve Herrod, VMware’s CTO, wrote in a blog post about the deal.

VMware will encourage Nicira employees to continue working on open-source networking projects, it said. Some of Nicira’s employees led the development of the OpenFlow software-defined networking protocol and were also involved with the OpenStack Quantum networking software.

VMware will pay $1.05 billion in cash plus $210 million of assumed unvested equity awards to purchase Nicira, which was founded in 2007 and is based in Palo Alto, California.

The deal is expected to close by the end of the year, pending regulatory approvals and other closing conditions.