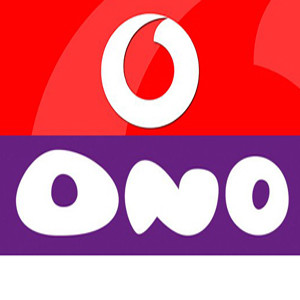 The acquisition of Ono comes as Vodafone last week said it would begin the integration of Kabel Deutschland on 1st April. Vodafone bought the German cable operator for approximately €7.7 billion last year.

Vodafone sees the acquisitions of Ono and Kabel Deutschland as opportunities to combine mobile, fixed broadband and TV subscriptions. Also, demand for unified communications has increased significantly in Spain, and the combination of Ono’s cable network and Vodafone’s existing fiber-to-the-home network makes it more competitive, Vodafone said on Monday.

Ono covers about 7.2 million homes or approximately 41 percent of total homes in Spain, offering broadband speeds in excess of 200 Mbps (bits per second) and pay-TV services including TiVo. The network has been upgraded to DOCSIS 3.0, which means higher network speeds can be achieved at a relatively limited cost, according to Vodafone.

Vodafone said it expects Ono’s management to stay on and become an “integral part of the local management team, focused on the broadband, fixed telephony and pay-TV segments of the combined business.”

Like in the U.S., the telecom operator market in Europe is going through a shake-up.

French mobile and fixed-line operator SFR looks set to be acquired by international cable operator Altice, which already owns French ISP and cable TV company Numéricable. On Friday, SFR’s owner Vivendi said it had decided to enter into exclusive negotiations with Altice for a period of three weeks.

The company’s supervisory board had also considered an offer from SFR competitor Bouygues, but felt that was less attractive. A successful bid from Bouygues would reduce the number of mobile networks in France to three.

In addition, U.S. operator AT&T has been considering an acquisition of Vodafone, but at the end of January AT&T said it didn’t intend to make an offer in the next six months. However, that could change overnight if someone else makes an offer.