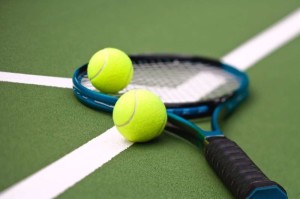 It is not often in the world of technology that one pays attention to sport. However, the amount of tech being utilised today to track statistics, player health and even game movement has got even the least sport-minded techies sitting up with pricked ears.

SAP’s relationship with sport began with tracking and analysing current and historical data for sailors and sailing enthusiasts. Now, the HANA analytics tool is being used to track American football and tennis among other fan favourites. While she was in Dubai, Lewis took a moment between matches at the Dubai Duty Free Tennis Championships held at Dubai’s Aviation Club Tennis Centre to explain how SAP is supporting institutions like the Women’s Tennis Association and where they plan to go with sport in the future.

Currently, SAP is the Global Partner of the Woman’s Tennis Association and Official Partner of the WTA Championships. SAP has been working with the WTA for the last two years to determine the best ways to interpret data created during tennis matches in a way that gives a clear story to players, coaches and fans. “This is really about collaboration,” says Lewis, “I worked with players and coaches to determine what they needed. Rather than giving them a bunch of data to try and understand on their own, we needed to make sure that they were on this journey with us.”

SAP set out on a journey with the WTA to see not only what data could be collected, but what data should be collected. Lewis worked directly with the coaches and players, engaging them in the process of implementing the tools to track each match. In this way SAP was able to determine what data would be useful without providing data that might give an unfair advantage to any one team or player.

So what has SAP been tracking with the WTA? The technology enterprise has been working with women’s tennis for the last two years, mining data from the past, and collecting new data in real-time at matches all over the world. Their technology captures serves, ball direction and even the movement of the players on the court. They have data on matches from 2010 onward and at the end of 2014 they will reassess to determine if they need to capture data from more tournaments.

With the data that the analytics tool is collecting, coaches receive post-match point-by-point analysis. This allows coaches to drill down and focus in on nuanced aspects of game play. Coaches can access the data analysed by HANA on the spot, and SAP resources are available to help interpret and clarify data. “The fact is that the data doesn’t lie,” says Lewis, “the eye can misinterpret what is happening in a match, but the truth comes out in the data we produce with HANA.”

With all this data being produced, giving one player an unfair advantage is of utmost concern for Lewis and SAP. “We make sure that all the information we are releasing is available to both sides, we have to remain transparent.” Further, although the data during a match could be shared in real time from a technological standpoint, SAP and the WTA have opted to provide the data with a 20 second delay. SAP works closely with regulatory agencies to ensure that they stay well within the rules of the game, that they do not compromise the sport, and that the data they produce is not used for illegal activities like unregulated gambling.

Beyond simply providing statistics to coaches and players, SAP is also taking on the media, and of course, the fans. SAP is striving to bring fans closer to the game by providing detailed statistics on matches and players both online and through their mobile app. In addition, SAP wants to provide fans with a complete sport experience. “We aren’t just providing statistics, we also provide a cloud-based ticketing solution that can personalise the experience for each fan,” says Lewis.

From a media standpoint, SAP is able to provide all data to media outlets to allow them to slice and dice the information as they deem necessary. They also provide visualisations such as heat maps that truly illustrate what has happened in a match. “We wanted the story of women’s tennis to be told completely and in a positive way,” says Lewis, “Women’s tennis tends to be about the entire game, not just smashing serves. The best way to see that is through the data and visualisations we provide.”

Ultimately, SAP hopes to change the way that we consume sport and sport statistics. By utilising their HANA technology to provide and interpret sport data and statistics, they are bringing a new experience and information to players, coaches, media and fans. If their success with the WTA is a glimpse into SAP’s future with sport, the marriage of technology and sport need not be uneasy. 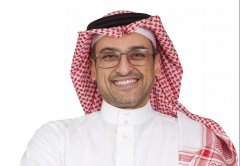 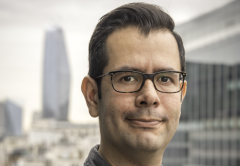 Creating a Culture of Security 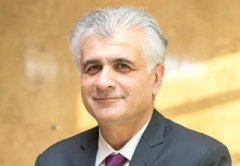 President of AI Society Bahrain on the importance of ‘smart transformation’ 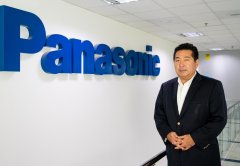