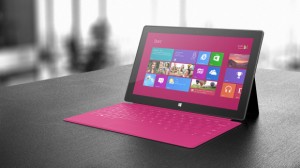 A research firm on Friday said that more than a third of surveyed consumers who once used personal computers to access content said they had switched to tablets and smartphones.

But unlike others, who, noting the same trends, have said it signals the death of the PC, John Buffone of the NPD Group has argued that PCs aren’t going anywhere for the moment.

“There is a significant amount of functionality that is best conducted on computers,” said Buffone. That work, often collectively dubbed “content creation,” could remain the provenance of PCs for a long time to come.

“I’m not in the camp that thinks the PC is going by the wayside,” said Buffone in describing NPD’s research results. “There are just too many households that have computers.” According to NPD’s data, the average Internet-connected household has an average of 2.4 working personal computers, versus 1.4 tablets.

But there’s a definite move toward shifting some tasks, most of them broadly categorised as “entertainment,” from the PC to tablets and smartphones.

The top two activities that have most moved to mobile, said Buffone, are Internet browsing and using Facebook. Among tablet owners, 27 percent said that they’re using their PC(s) less frequently for going online in general, while 20 percent confirmed that they use their PCs less often for accessing Facebook.

Smartphone owners responded slightly differently, with 27 percent claiming that they use their PC less frequently for both Internet access and Facebook activities.

“I’m not surprised by the volume of this shift of behaviour,” said Buffone. “When it comes to consumer entertainment, we’re seeing a migration at warp speed.” He predicted that 2013 would see even more of the move toward mobile devices for those tasks.

But until Windows 8 makes headway, Buffone saw little chance that consumers would dump their PCs in dusty back rooms or closets.

“Windows 8 on tablets could change that,” Buffone said, “but from the sales so far, it’s not going to be rapid.”

Microsoft has pitched Windows 8 – the full-featured operating system, not the functionally-limited Windows RT – as a dual threat on tablets and ultra-light, touch-enabled laptops, able to not only run hardware and support software traditionally found only in notebooks, but also agile enough to power tablets.

The most striking example of Microsoft’s belief in Windows 8’s ultimate abilities – its faith that the OS can drive devices equally capable for delivering “content consumption” as content creation – is its own Surface Pro tablet, which went on sale, in the U.S., on Saturday.

While other analysts haven’t placed their bets on Windows 8 to lead the change from PCs to more mobile tablets, they have predicted that hardware able to really handle both content creation and consumption is not far off.

Patrick Moorhead, Principal Analyst, Moor Insights & Strategy, pegged 2014 as the year when such devices become reality. “In 2014, there will be broad adoption of new processor technologies from Intel and AMD, for that matter from ARM,” said Moorhead of his prediction that chip makers will have silicon by then that not only sips power at tablet-appropriate rates but has the horsepower necessary for content creation. “This is going to happen. And that means there won’t be a robust, premium 10-inch, tablet-only market.”

The success of Windows 8, by Buffone’s take, will thus be critical not only for Microsoft’s future, but for the 40-year-old-and-counting concept of the personal computer.

“I see Windows 8 as the only prominent solution [to merging content creation and consumption], but that will happen only if enough consumers buy those devices, and Microsoft is able to show them the value proposition,” he said.