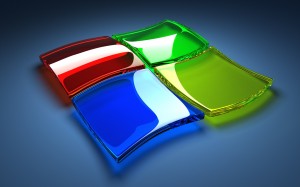 Shipments of Windows laptops and desktops have hit new lows as tablet shipments continued to rise during the second quarter of this year, Canalys Research said in a study released on Tuesday.

Combined shipments of tablets and PCs totaled 108.7 million units during the second quarter, growing by 11.7 percent compared to the second quarter last year, according to Canalys. The research firm classifies PC shipments as including both personal computers and tablets.

Tablet shipments totaled 24 million units, increasing by 75 percent compared to the second quarter last year, and forming 22 percent of all unit shipments. Tablets are biting into PCs shipments, and shipments of Windows PCs dropped to a new low of 73 percent of all devices accounted for in the survey, Canalys said.

The lines between tablets and PCs are expected to blur with ultrabooks and Microsoft’s upcoming Windows 8 and RT operating systems, which have touch features and will be released on Oct. 26. Many ultrabook models have touchscreens and can turn into tablets via detachable or flip screens. The tablet-laptop hybrid models are expected to become available in the coming quarters from companies including Lenovo, Dell, Hewlett-Packard, Acer and Asustek Computer.

Microsoft is also entering the tablet space with its own Surface and Surface Pro tablets, which will start shipping on Oct. 26 with Windows OSes. The tablets are Microsoft’s first major attempt at building Windows hardware, but Canalys said high prices and a direct sales approach could hurt sales of the tablets.

Canalys also said that Microsoft is hurting PC makers with the decision to sell its own tablets. The research firm publicly recommended that Microsoft subsidize the development of Windows 8 devices much as Intel has done with the US$300 million it is pouring into companies developing ultrabook components and technology.

Apple continued to lead in the tablet market, with Samsung in second place and Asus in third. The iPad dominated tablet shipments, while Samsung was the top Android tablet vendor in the second quarter with its Galaxy Tab tablet, which doubled in shipments compared to the second quarter last year. Asus benefitted from the growth in Eee Pad/Transformer tablets.

A notable name missing from the list is Amazon.com, whose Kindle Fire became available in September last year. Canalys estimated Kindle Fire shipments in the second quarter to be below 500,000 units, a significant drop on previous quarters. Analysts have said Google’s new Nexus 7 tablet with the Android 4.1 OS will continue to hurt Kindle Fire shipments, and Amazon is rumored to be launching successors to the tablet in different screen sizes.