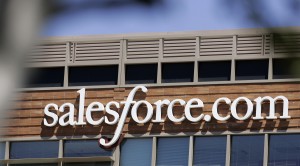 Salesforce.com was hit by another in a string of performance problems yesterday, with the issues this time centered on its email services.

The cloud CRM (customer relationship management) application vendor’s system status site first noted a “performance degradation” with the email services at 2:18 AM PDT. Further updates were issued approximately every half-hour, stating that teams were working to fix the problem.

Those activities were ongoing as of 5:30 AM PDT, according to another update. Customers “may experience slowness with email services,” according to the message.

The email problems don’t appear to be as serious as other recent system issues at Salesforce.com. In July, Salesforce.com experienced a second major outage in as many weeks, with a number of application instances going down.

Prior to that in late June, a partial outage occurred following what Salesforce.com described as a fault in its storage tier.

Yesterday’s email problems aren’t necessarily cause for panic, according to one observer.

“This becomes an issue when clients are about to kick off an email campaign or align their sales activities with these email services. Degradation for the past five hours is something to monitor but [customers should] not be too worried yet,” said analyst Ray Wang, CEO of Constellation Research, via email.

However, “if this continues into the peak business hours of 9 am PT to 2 am PT, we’ll have to start digging deeper into which services, which processes, and what nodes,” Wang added.

In any event, customers should appreciate the transparency provided by Salesforce.com’s frequent system status updates, according to Wang.