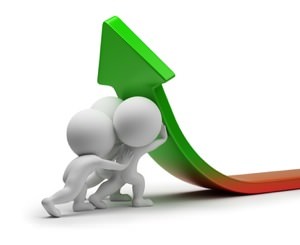 Chinese smartphone vendor Xiaomi aims to sell 80 million smartphones this year, however that objective may be more challenging to achieve than originally thought.

Recently, the company announced it had sold 34.7 million smartphones for the first six months of 2015. Although the figure means that sales were up 33 percent year-over-year, Xiaomi still has its work cut out to reach that 80 million number.

Given that Xiaomi sold its first phone only four years ago, the company has made astonishing progress to become one of China’s top smartphone brands. It was even briefly the country’s largest vendor, before falling behind the new market leader, Apple, in this year’s first quarter, according to research firm IDC.

Xiaomi phones have been selling so well, partly because they represent a bargain, and feature high-end specs at low prices. But that might not be enough to generate more sales in China, the company’s home market. Smartphone demand there is weakening, and competition remains intense.

Many other rivals, including Huawei Technologies and ZTE, are also coming out with quality phones at the same prices, said Melissa Chau, Analyst, IDC. In addition, they’re using Xiaomi’s strategy of developing an Internet brand and selling phones primarily through e-commerce.

To increase sales, all the bigger-name Chinese smartphone companies are focused on international expansion, including Xiaomi. On Tuesday, the vendor announced its first phone for Brazil, and the company has been expanding across Asia, particularly in India, another huge market.

“The key for Xiaomi is the overseas market,” said Jason Low, Analyst, Canalys.

However, it will take time to establish the company’s presence outside of China. Distributors needs to be found, and relationships with mobile carriers need to be made. Local regulations could also get in the way, and so will the competition. In Brazil, for instance, Xiaomi will have to face Samsung, Motorola, and LG, the country’s three leading handset vendors, all of which have much better brand recognition.

Xiaomi hopes to one day enter the U.S. as well. But the company will first need to bulk up its patent portfolio, otherwise it risks facing intellectual property disputes, Chau said.

“But I think they can continue to grow if they focus on emerging markets,” she added. “They have the potential to show themselves as a brand with decent value.”